As someone who has moved to, and lived in, another country three times I figured I was qualified to help other people figure out how to do it. It’s not as simple as purchasing a plane ticket, that’s for sure; but it is certainly worth all the hurdles you need to jump over. Living in another country can be one of the most challenging, eye-opening and rewarding things you can do! Here is my guide (complete with a free printable resource list!) on how to move abroad to London.

Step One: Passport and Visas

Before you do anything you will need to make sure your passport is up to date (or get one!) and will be valid for the entire duration of your stay in London/the UK. The visa most ‘easily’ obtainable (or at least, the one that most Australians living in the UK get) is called the Tier 5 Youth Mobility Visa (it used to be called the working holiday visa). This visa allows you to live and work in the UK for up to two years. You need to be over 18 and under 31 at the time of applying. There are quite a few hoops you need to jump through in order to get this visa, and some of them have changed even in the three years since I got one. This post on The Aussie Nomad covers everything you will need to know (as well as lots of FAQs) so instead of me repeating it all here you can bookmark it for when you need more specific information on the visa process.

Not everyone goes about this in the same way, but I personally wanted to know I had a job lined up before I got to London so that I didn’t have to stress about where the money was going to be coming from. Being a teacher was a big plus because there are a lot of companies in London and the UK that hire teachers from abroad and will help you out with a lot of the extra things you need to work out when moving to another country. In the end I decided to use Protocol Education, mostly because they offered so much extra support with the move abroad, both before I left Australia and once I got to London. Not only did I know I had a job waiting for me but they also helped me with applying for my visa, getting a bank account set up and getting a National Insurance Number (the UK equivalent of a Tax File Number). These things can be quite tricky to do yourself from what I’ve heard, so I was really glad I had people who knew how to do it all to help me out and make the transition of moving to London so much easier.

Some people don’t think that travel insurance is worth the money, but I would have to disagree. On my first trip to Europe I got quite sick just before I had to fly back to Australia and needed to see a doctor asap. This was quite expensive, but because I had travel insurance I was able to re-claim the entire amount after I had returned to Australia. For my move abroad to London I contacted the health insurance provider I use in Australia and was able to put my account on hold for the duration of my stay, as well as get a two-year travel insurance cover for the entire time I was away. I would suggest you do something similar, talk to your health insurance provider about what to do if you are out of the country for an extended period and get travel insurance for while you are away! Before you leave for London make sure you have also had a recent check-up and make sure you have enough of any prescription medication you take to last you a couple of months so you have time to sort out your living arrangements and register for a local doctor without stressing about medication straight away.

Similarly to getting a job, I didn’t really want to be searching for somewhere to live once I got to London. I actually worked with another Aussie girl who was still trying to find somewhere to live weeks after she arrived, and having to go to open homes each night (all over the city) after a long day spent dealing with teenagers sounded like absolute hell to me! So I also tried to arrange where I was going to live before I got there. Also, living in London can be REALLY expensive, and there are a lot of stories about dodgy share-houses and rentals out there. Luckily I found a company called Arrive Homes (run by two expat ex-teachers) which organises share-house accommodation for professionals (and often other teachers). The reason I went for them was because even though they were share-houses I knew I would be living with other people who were working (as opposed to say, travellers who would be partying all the time). All the Arrive Homes properties are close to public transport and shops, they are reasonably priced with all bills and wireless internet included in the rent and you can easily contact the office if you ever have any issues. I ended up living in South Wimbledon, the house was nice, I got along well with my flatmates and overall my experience with Arrive Homes was great. I had somewhere to live as soon as I arrived in London, and I lived there the entire time because it was in a great spot.

You will also want to organise your flights as early as possible in order to get the best deals. When you apply for your visa you should already know when you plan to arrive in London, so at least three months ahead of your arrival you can also look online for the best deals for cheap flights!

As I mentioned above, because I worked with Protocol Education this step was very easy for me. When you move abroad to London you will need to set up a bank account as soon as you arrive (so you can get paid!) as well as get a National Insurance Number (for paying taxes etc.). Protocol had all the forms ready for me to fill out when I went to my intake interview, and then they sent it all away for me – easy peasy! If you are not working with a company that helps to arrange this then check out The Aussie Nomad’s guide on how to do this here. Until you have your first paycheck you will have to withdraw money from your Australian account, which costs overseas fees and charges. Once you have a British bank account you could transfer money to avoid this, this website is good for finding which banks and services offer the cheapest way to transfer currency. It’s geared to a British audience, but if you look at the Australia page it also shows the best company they suggest when sending money from Australia.

Once you have somewhere to live you should also register with your local doctor. Do it as soon as you have an address, don’t wait until you are sick! Go to this NHS website and enter your postcode to find the closest doctor’s practice to you, then go to them and find out how to register. I was lucky, there was a doctor two streets away from my house in London. And the best part about the NHS? It’s usually free! I never paid anything to see the doctor, and medication in the UK was a lot cheaper than back in Australia.

Once you have followed these steps you should be all set up and ready to have your London adventures! For more about living in London check out my posts What it’s Like to Live in London and my Top Ten Things to do in London. If you’re also interested in how to move to the Netherlands, then the second part of this post series is for you. And don’t forget to pin one of these to come back to later!

Previous Story
Travel-Bug Bites: The Falls of Foyers
Next Story
Let Me Tell You About my Cats: Part Two – The Kitten Saga 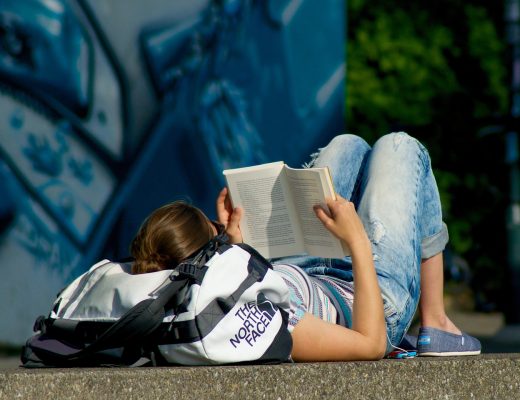 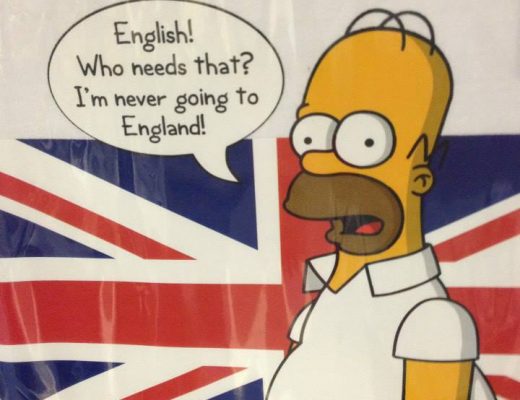 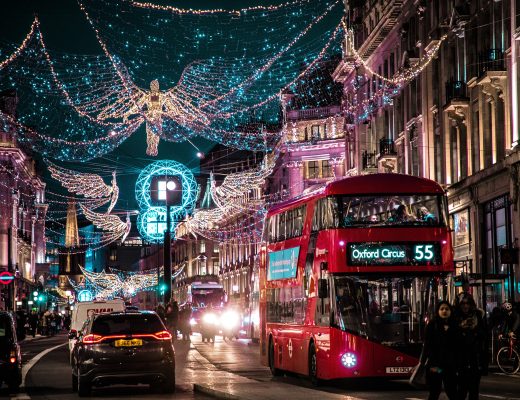 How to Have the Perfect Christmas Weekend in London