I’ve been noticing a trend whenever I’m in clothing stores lately. There seem to be a lot of tops/jumpers/sweaters, t-shirts and pyjamas featuring animals in many stores in London at the moment.  I started taking photos of the ones I saw while wandering around different stores and as my collection grew the more I started thinking about how difficult it would be for me to choose one to buy and wear (if I was going to).  This is because, as an avid reader with a Masters in English literature, I find it very difficult not to constantly think about the symbolism and meaning behind certain images or ideas.  If I wore a jumper with a sheep on it would I be telling everybody I was a blind follower or a fluffy idiot?  Would the owl mean I liked to sleep all day and party all night, or that I was wise? 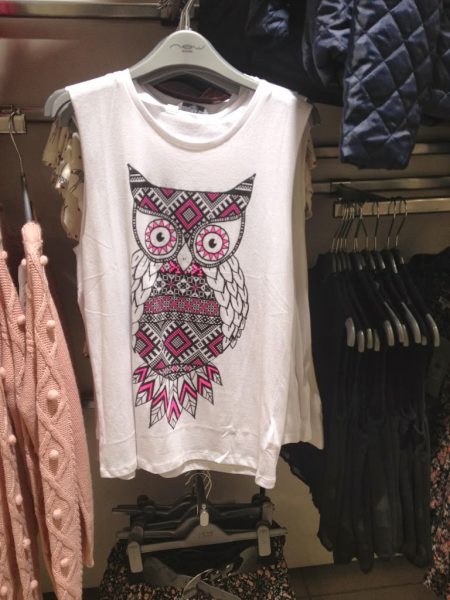 So the more I thought about it, and noticed (and photographed them) the more interesting it became. I think one would have to think long and hard before purchasing a piece of clothing like this that could tell the world so much about your subconscious choices and what kind of person you are!

Take for example the fox: 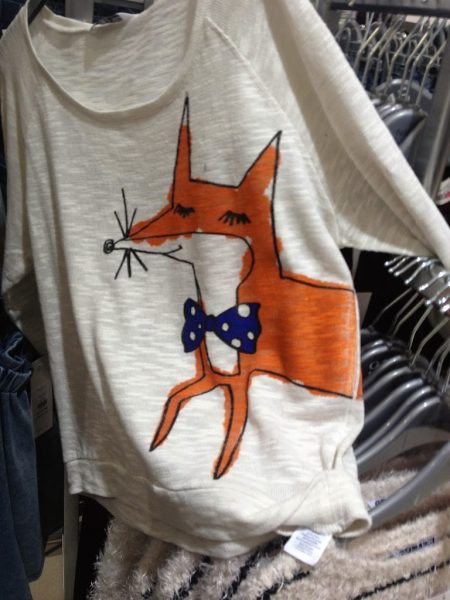 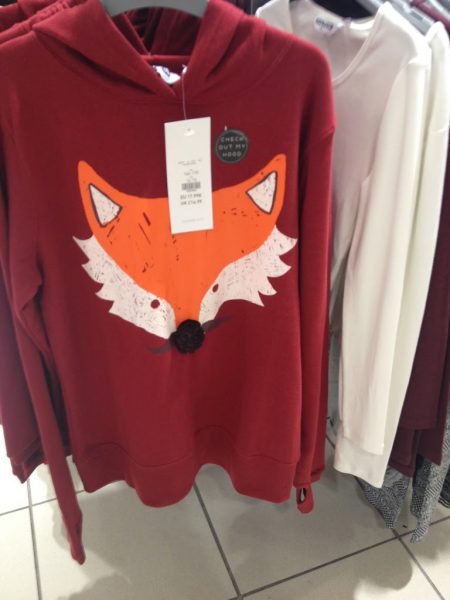 I’m sure everyone knows that foxes are generally associated with cunning and cleverness, but did you know the fox can also represent either a trickster or a teacher figure, symbolically providing guidance on how to make your way swiftly around obstacles?  Perhaps I should be wearing them to work. 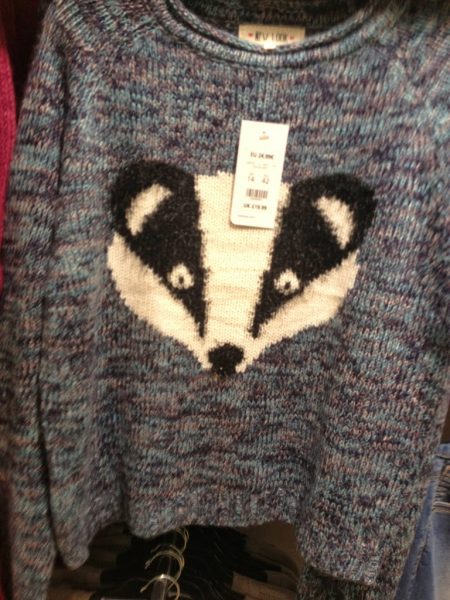 Badger is interesting.  I wasn’t sure what a badger might symbolise, but a little research shows that as badgers are solitary, loners, they can teach us to be self-reliant and comfortable with ourselves.  They are also bold and ferocious if cornered, teaching us to never surrender our beliefs. 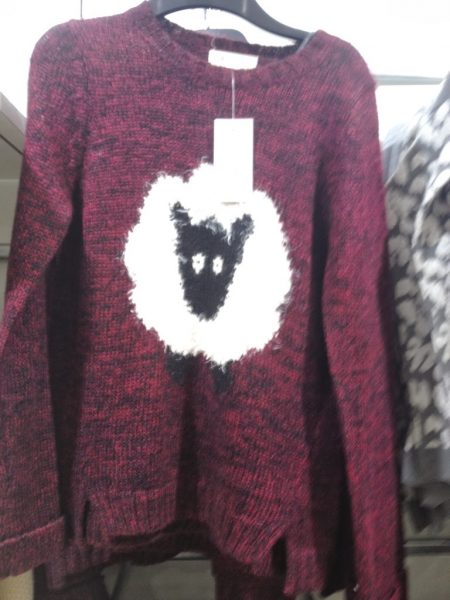 The cuddly sheep, makes me think of my friend’s nephew and his love of “Shaun!” the sheep, a spin-off from ‘Wallace and Grommit’. The obvious association with the sheep symbol is that they are stupid or at best, blindly following the herd (like most teenagers really) but they can also represent innocence and gentleness. The black sheep of course represents someone who doesn’t quite fit the norm, and male sheep (rams) generally symbolise virility and power. So don’t assume the sheep is as powerless a symbol as you might at first think. 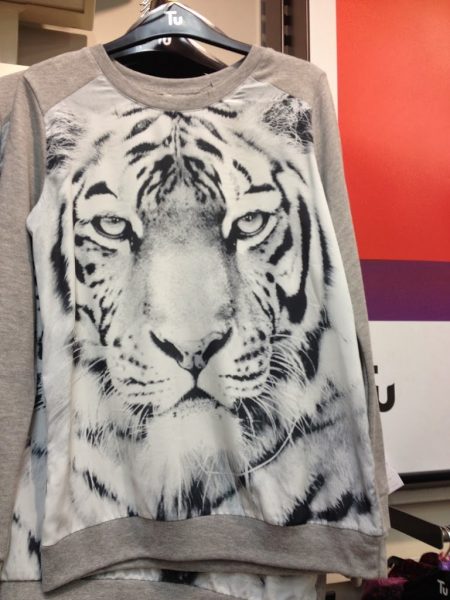 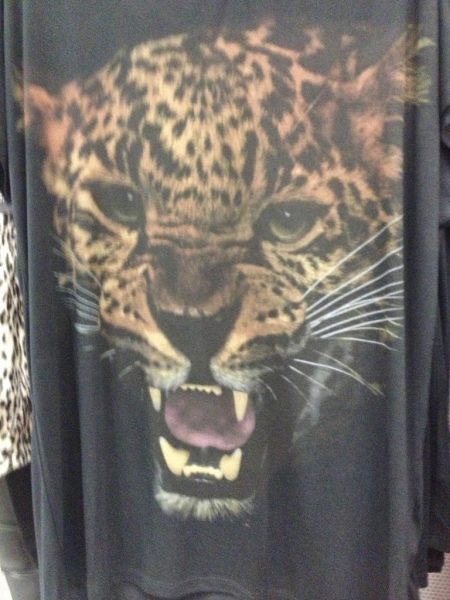 Of course at the other end of the spectrum (no not the wolf, that would be boring and predictable) are the fierce images of the big cats that often crop up on clothing, here a white tiger and a leopard.  Tigers represent strength and courage usually, but can also mean aggression, anger or unpredictability.  The leopard symbolises the archetypal hunter and represents the ability to forget your fears and go after what you want with fierce passion. The leopard can also symbolise physical strength and female sensuality and mystique.  All in all, a pretty powerful image to choose to wear. 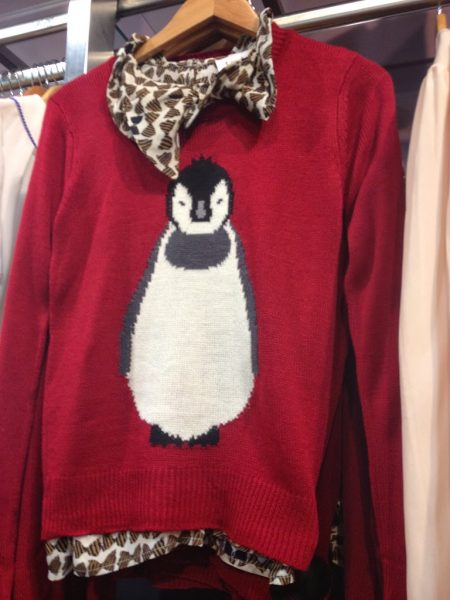 This cute little penguin got me thinking.  Does wearing it just make you cute?  Well apparently the penguin symbolises fatherhood, endurance, self-discipline, etiquette and “slipping between worlds” (moving between water and land).  That’s a lot for that little guy to be representing! But I think someone who wears that jumper (with any thought beyond it being cute) would be an interesting person. 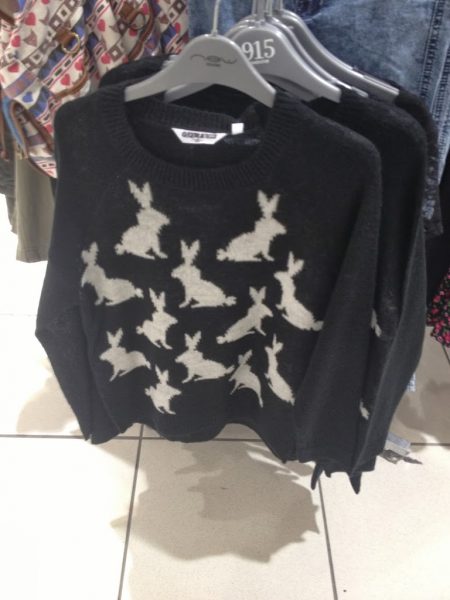 Hares or rabbits generally represent fertility, which is how they became associated with Easter, and the saying “breeding like rabbits”.  Wearing this jumper with it’s many hopping bunnies might be saying something about that, but rabbits and hares also represent hope in the renewal of life, as well as gentleness, luck, trust, and friendship. 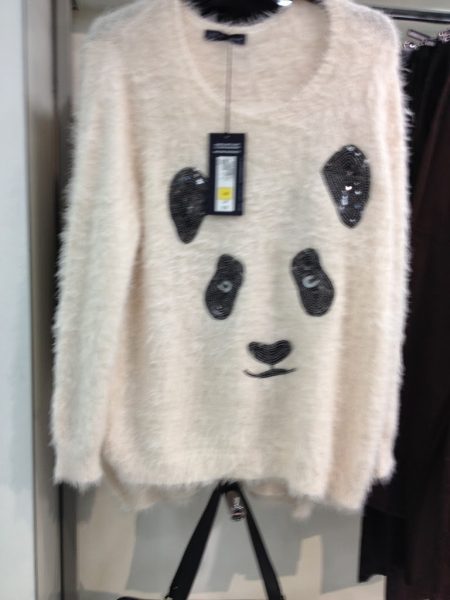 What about the adorable fluffy panda?! While they are universally seen as cute and fluffy like teddy bears, the panda in Chinese symbolism is actually thought to be as fierce as a tiger (Kung Fu Panda anyone?) if need be, representing the idea that you can’t always judge things by how they appear.  With their single-minded pursuit of bamboo they also represent patience and as a beloved symbol the world over (the WWF logo is a panda) they also symbolise gentleness, compassion and rarity.

I don’t know about you but I shall be thinking long and hard before I buy any clothes with animal symbols on them, I don’t want to present myself to the world in a bad light! Before I go I will also leave you with some cute and funny animals on pyjamas, with no symbolic meanings discussed at all! 🙂 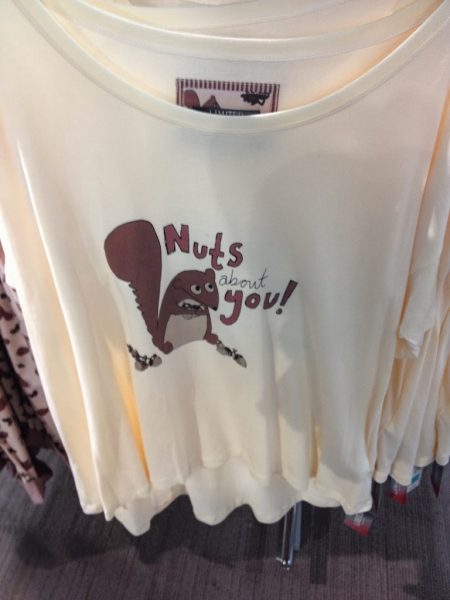 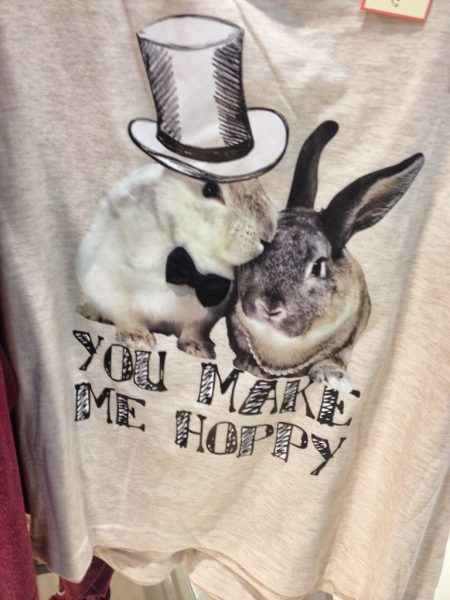 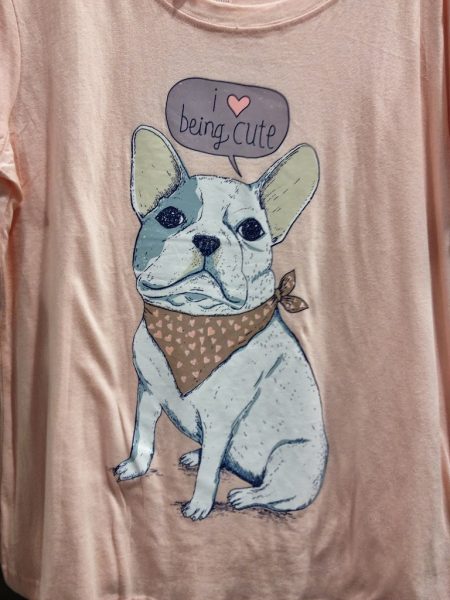 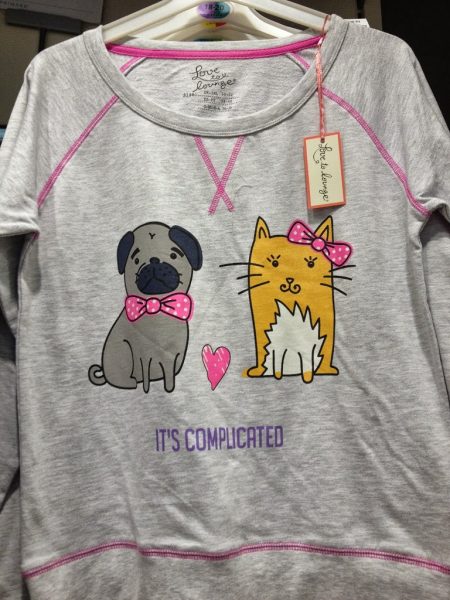 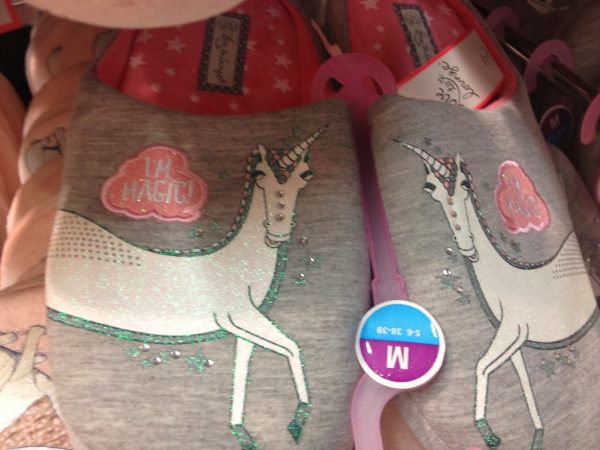 Note: The photographs I have featured were taken in the shops H & M, Next, and Primark.