While we were staying in the lovely town of Cochem (which I talked about last week), we also went for a little adventure to see a magical castle I had read about that wasn’t far away. We put the coordinates into our car’s sat-nav and off we went, although about halfway there we saw a sign that said to Burg Eltz that wasn’t the way the sat-nav said… so we followed the sign which ended up taking about three times as long as if we’d just trusted the sat-nav! Although it was quite fun to drive through some extra little villages and see some of the pretty countryside, although it was getting close to sunset and I was worried we wouldn’t make it in time to get some decent photos!

Luckily, however, we made it just in time for sunset and the light was amazing, covering everything with a gorgeous orange glow. 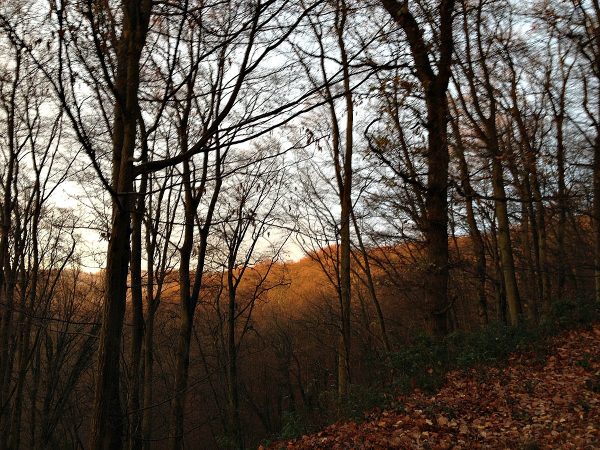 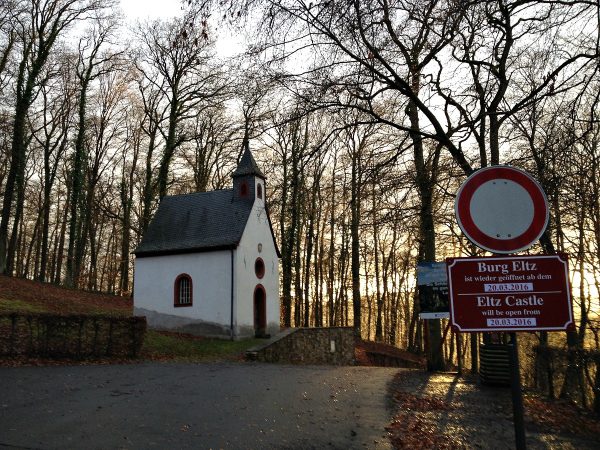 Burg Eltz is actually closed at this time of year as it’s the off-season, but I had read in my guidebook that you could still walk from the car-park and see it, and the photos I had seen on pinterest made me really want to see it for myself. And, wow, it did not disappoint, we were even treated to a rainbow in the late sunlight! 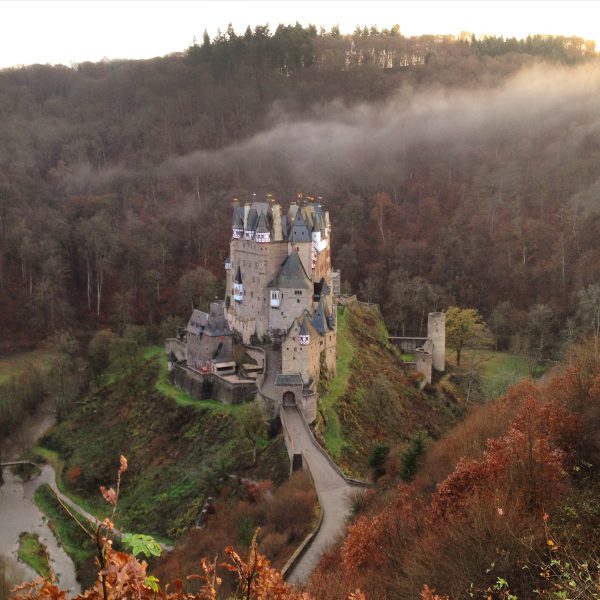 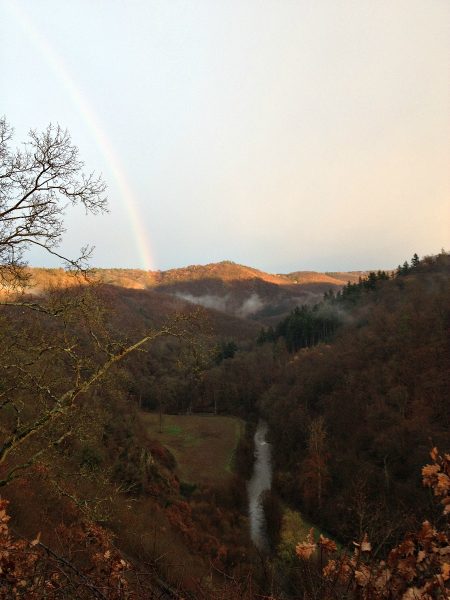 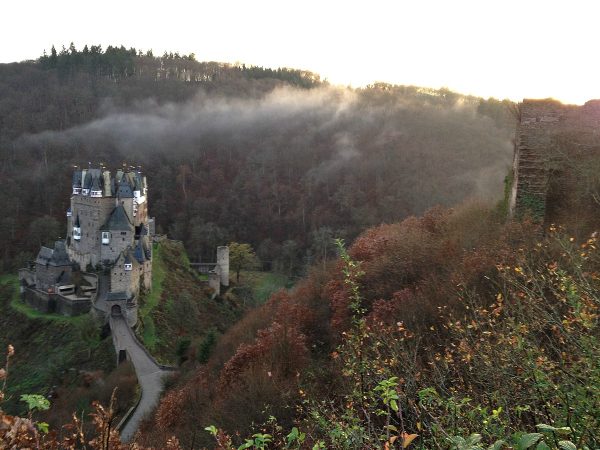 According to my Lonely Planet book, Victor Hugo (author of ‘Les Miserables’ and other novels) described Burg Eltz as “tall, terrific, strange and dark.” The castle is 850 years old and has been owned by the same family for over 30 generations – unlike a lot of German castles which are now owned by the government.  Between April and October you can go on tours of the interior of the castle, they cost eight euros for adults and 5.50 for children, and there is also a shuttle bus if you don’t feel like walking that steep descent. But even just visiting to see the exterior is, in my opinion, definitely worth the effort! 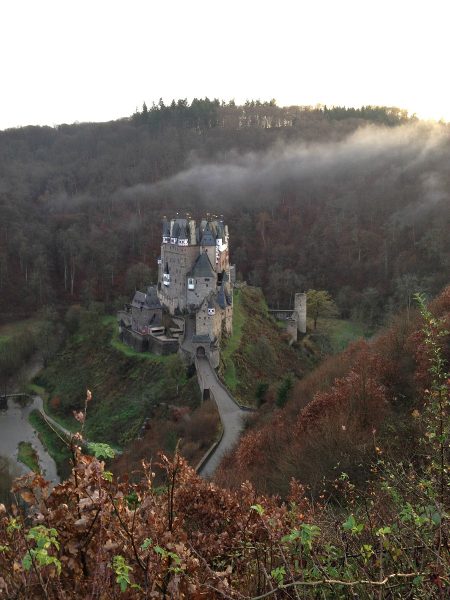 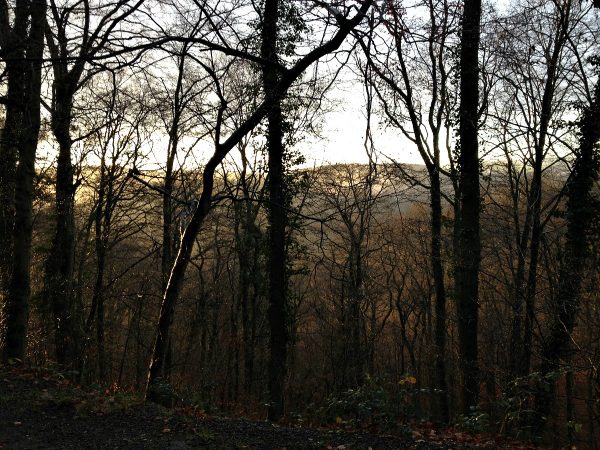 Just look at those gorgeous, atmospheric woods; I can totally understand how so many dark fairytales such as those collected by the Brothers Grimm originated in Germany. 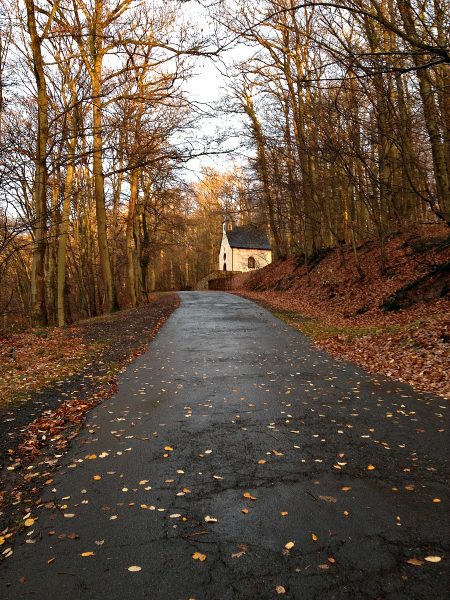 I still have a list about an arm long of castles I want to see in Germany, who else has seen some as beautiful as this one? Let me know in the comments! And keep an eye out for next week, when I will recount our tour of a different castle, the Reichsburg Cochem. 🙂