Top
Another ‘throwback’ to last Summer when my friend Robyn visited me in London and one of our excursions was a day trip to Windsor Castle, the town of Bath and Stonehenge. For this post I will only talk about our time at Windsor, stay tuned for later posts about Bath and Stonehenge! 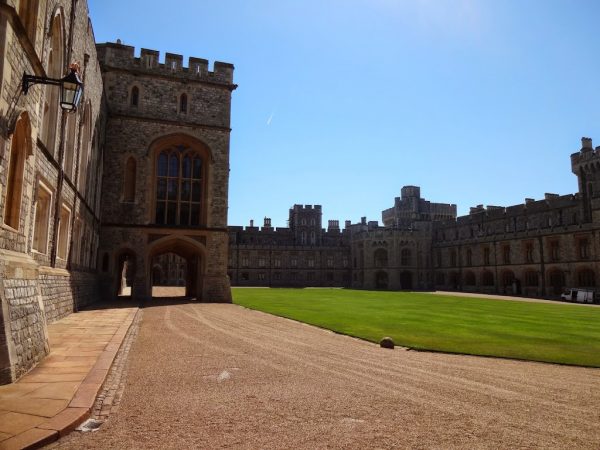 We caught a coach from Victoria station early in the morning and travelled to Windsor, which only took about an hour.  It was a glorious summer day, and we walked from the car park through the old Royal Windsor train station up to the castle. 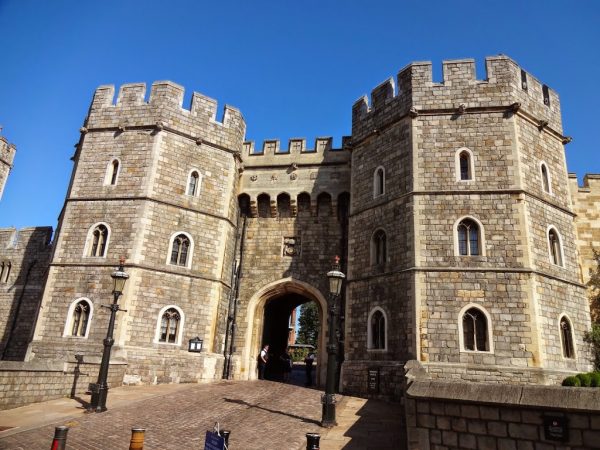 The oldest and the largest inhabited castle in the world, Windsor was originally built by William the Conqueror but additions have been made throughout it’s 1,000 years as home to England’s Kings and Queens. 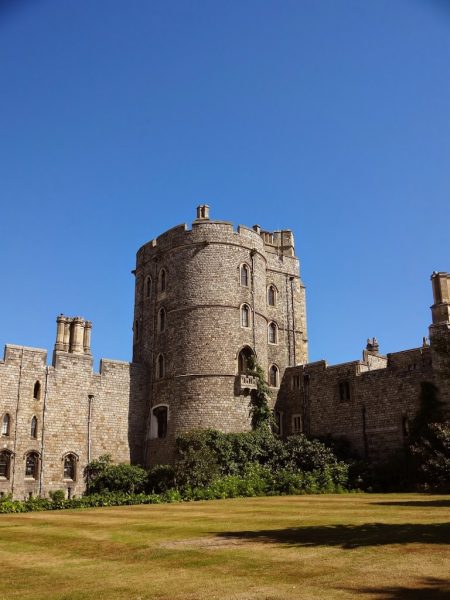 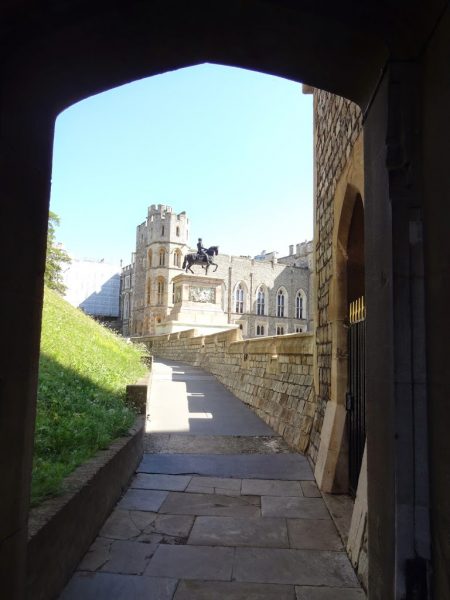 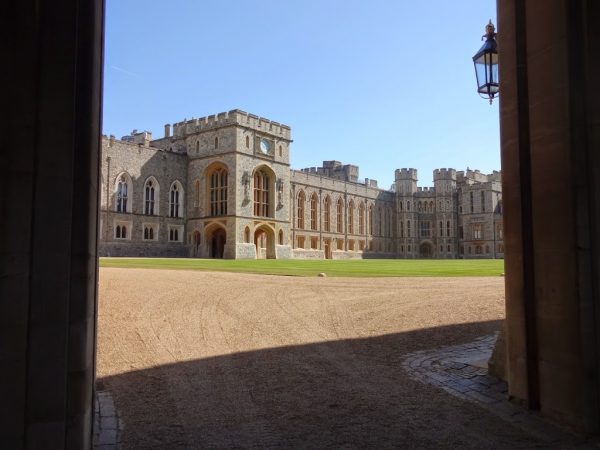 During the Second World War King George VI and his wife Queen Elizabeth were determined to remain in London at Buckingham Palace during the Blitz but joined their daughters (the princesses Elizabeth and Margaret) at Windsor during the evenings and on weekends. For the current Queen it is not surprising that her childhood home is apparently the castle she favours most.  She apparently loves to walk amongst the gardens here, and why not when they are so lovely? 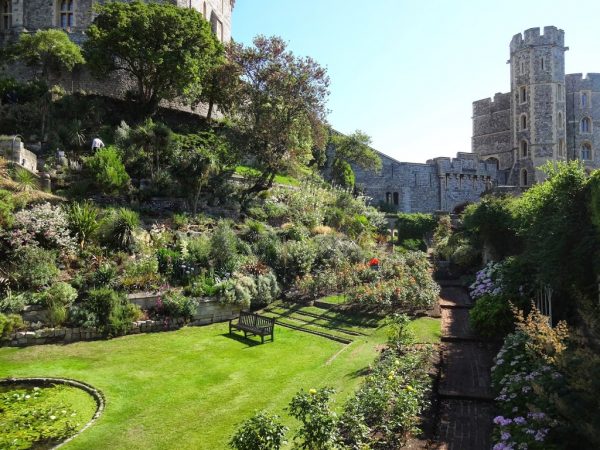 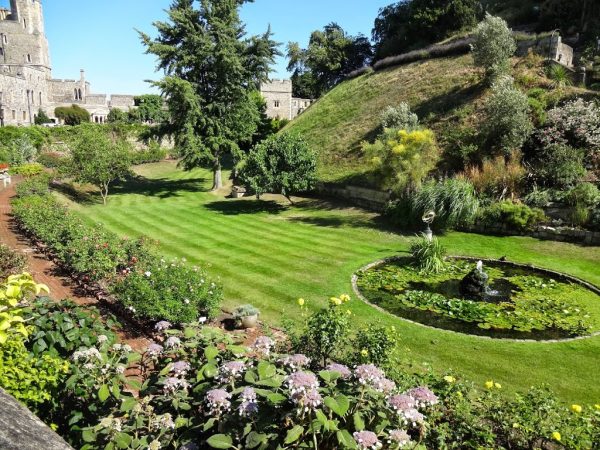 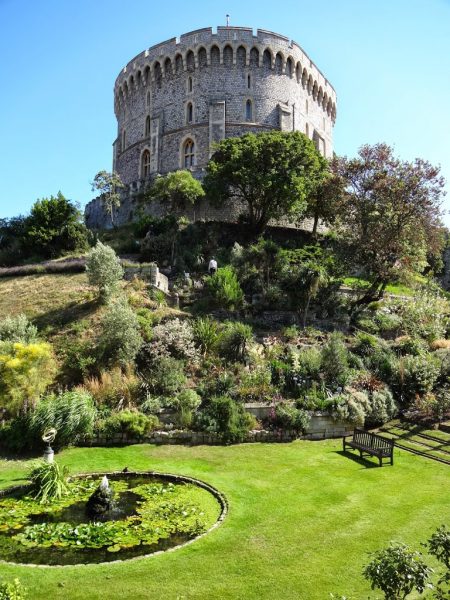 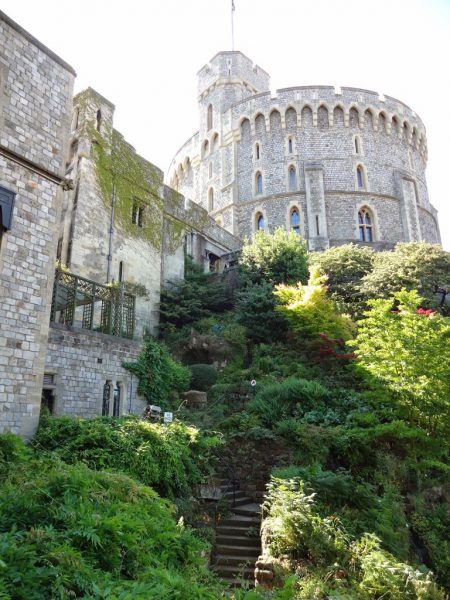 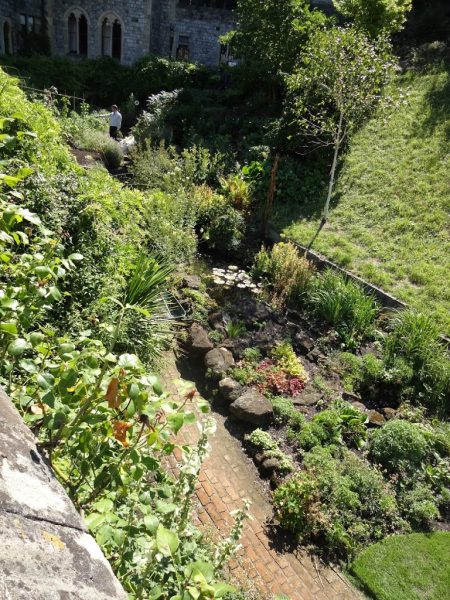 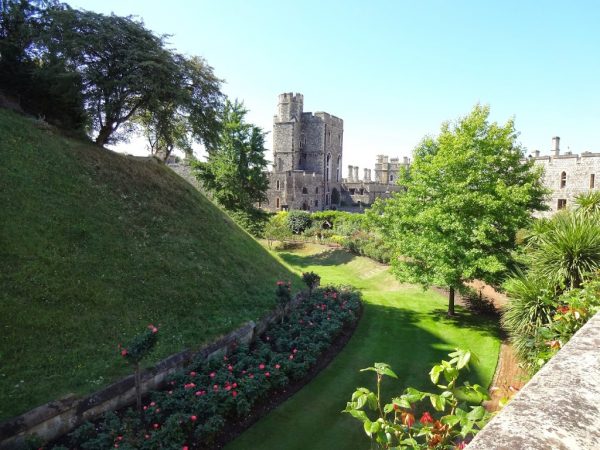 After wandering around outdoors we visited the State Apartments; absolutely gorgeous and opulent, but unfortunately you can’t take photos inside. We also visited the exhibition of Queen Mary’s dolls house, the “largest, most beautiful and most famous doll’s house in the world”! Built for the Queen by the British Architect Sir Edwin Lutyens between 1921 and 1924 it is a perfect miniature replica of an aristocratic home! Again, no photos allowed, but if you follow this link you can explore the different rooms of the dolls house in detail.

We were also treated to some ‘pomp and circumstance’ at the changing of the guard within the castle grounds: 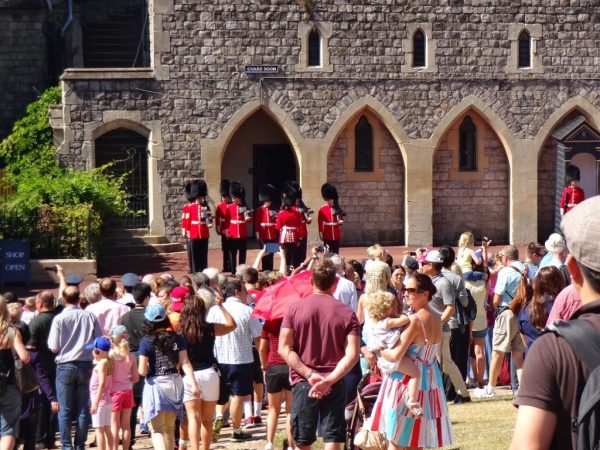 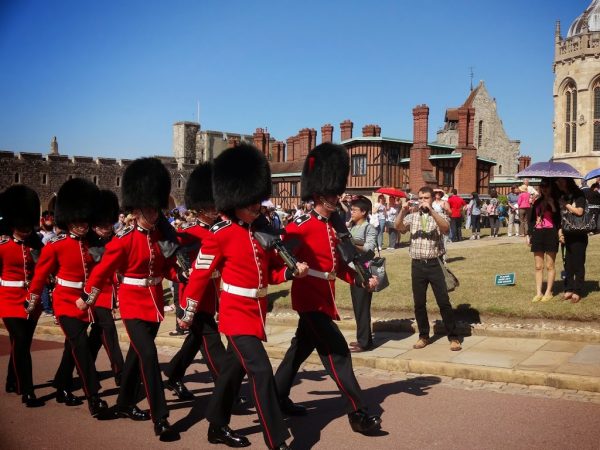 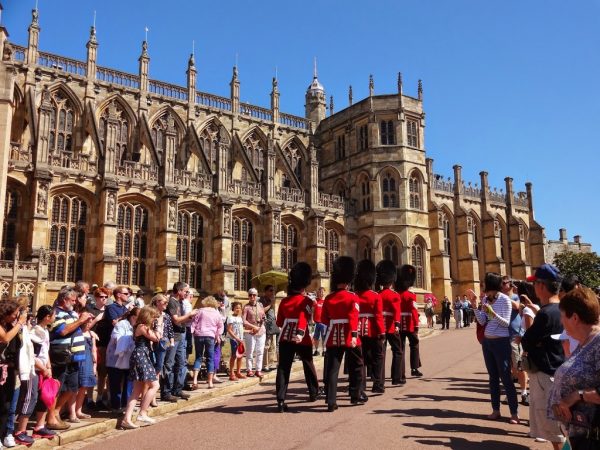 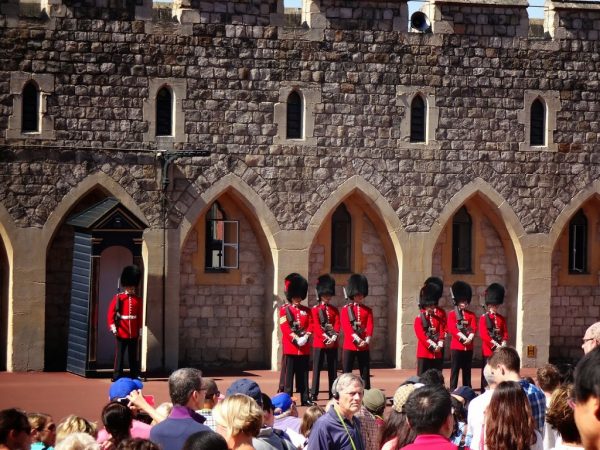 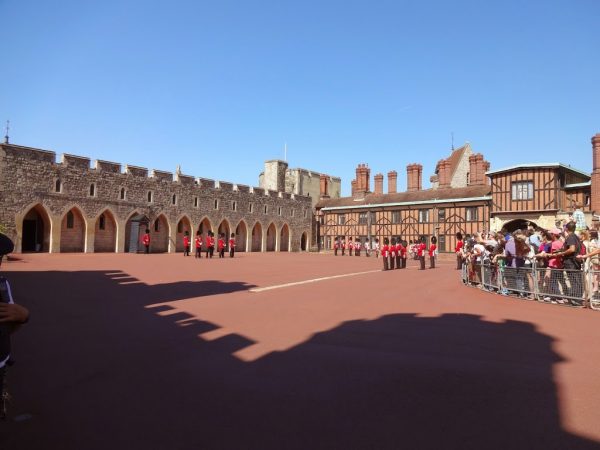 We wandered back down the busy streets to get some lunch before continuing on to our next destination, and saw a little old steam train in the station. 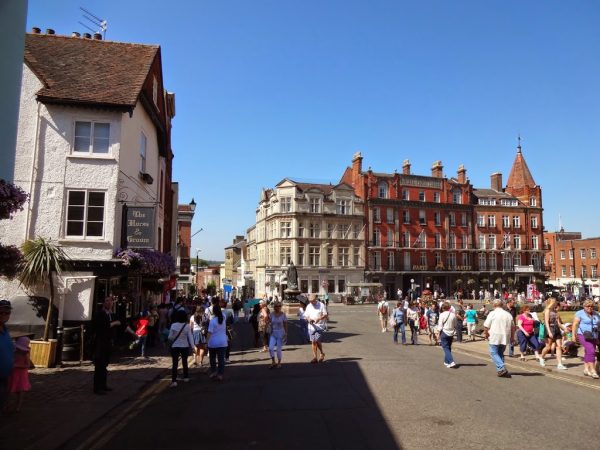 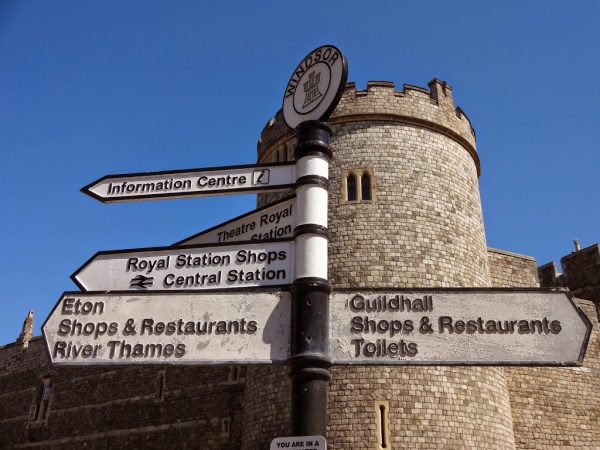 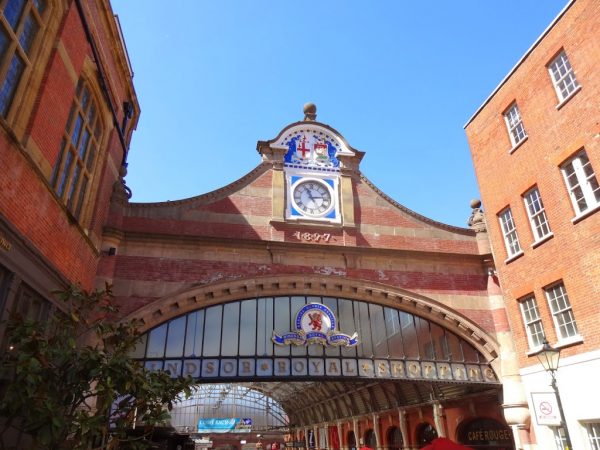 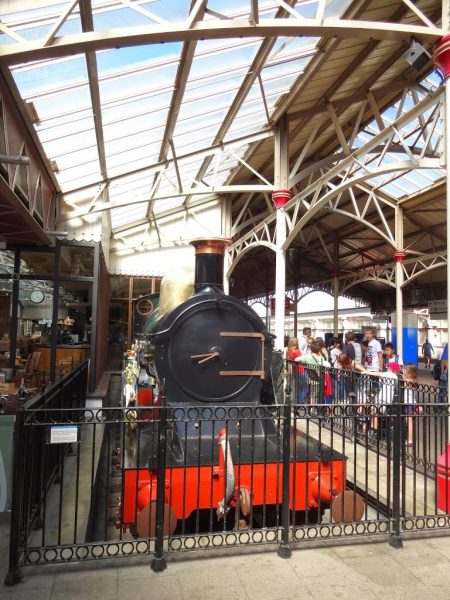 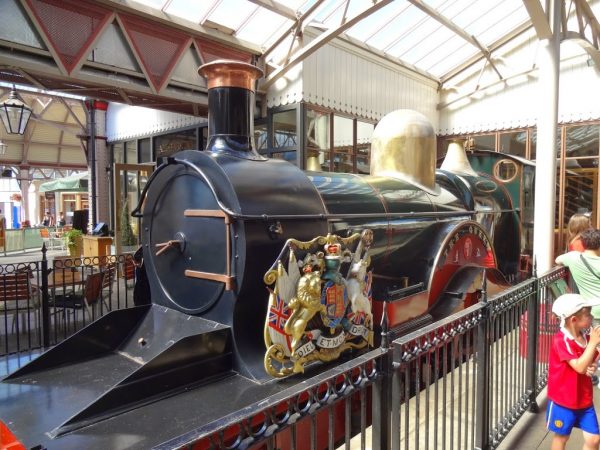 All in all it was a very interesting start to our day, so stay tuned for the upcoming posts on Bath and Stonehenge soon!
If you are interested in finding out more about Windsor Castle’s history and attractions, have a look here.
Special thanks must also go to my friend Robyn who was the photographer for this blog post 🙂 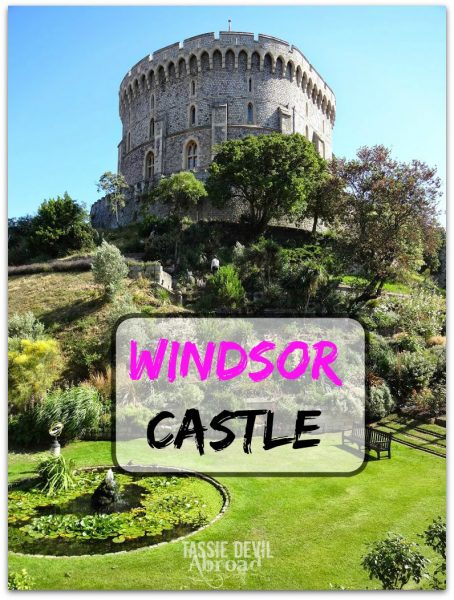