Another museum I visited on my “One-year-in-London-Anniversary-Day” was the Charles Dickens museum. 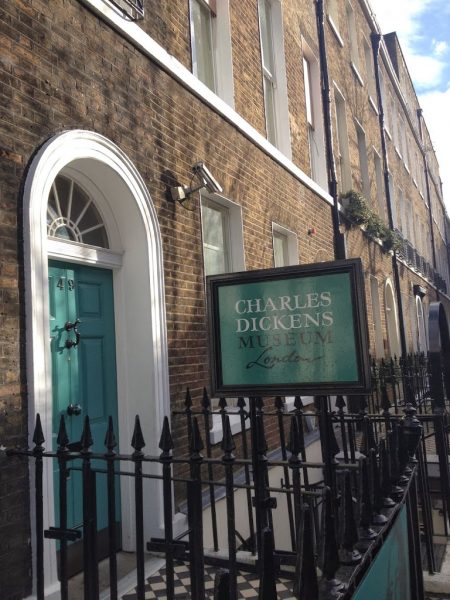 I’m not sure if the first of Charles Dickens’ stories that I came across as a child was “A Christmas Carol” or “Oliver Twist” but they both stuck with me as I grew up and read more of his novels as well as watching many of the television shows and movies based from them. In University during my English Literature courses I studied “David Copperfield” and loved it; it was particularly interesting because it was the book most closely based on Dickens’ own life, and like many of his works, gives the reader a glimpse into the realities of life during England in the Victorian Era. He wrote about the good and the appalling, and was a social critic in part because of the events of his own early life. 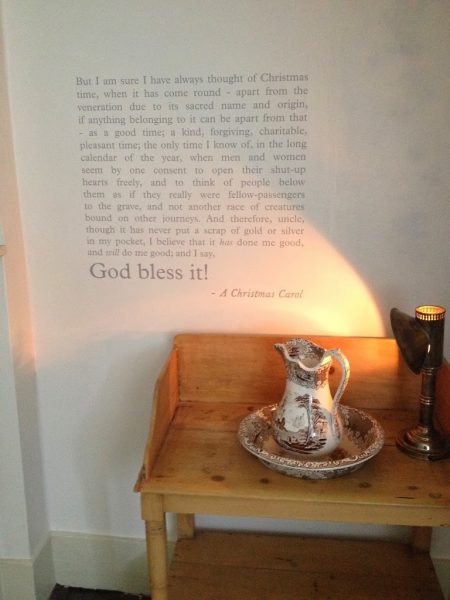 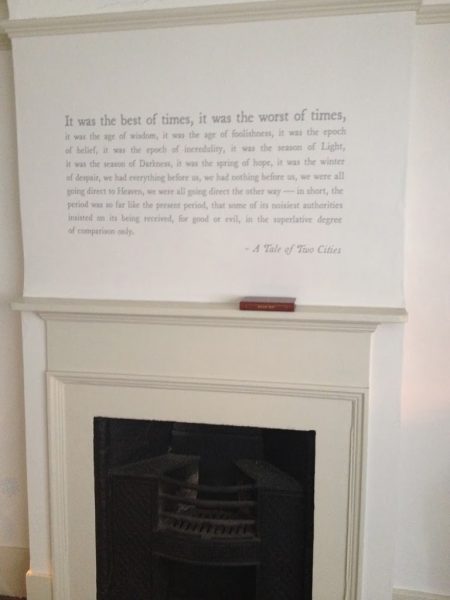 I’d have to say that one thing this museum does better than The Sherlock Holmes museum is the amount of information they give to the visitor, about the author’s life and works as well as general facts about living in London in the 1830s. You are given a booklet with information about every room and there are also little pages of tidbits in the rooms explaining certain objects.  The museum is in the building that Dickens actually lived in between the years 1837-1839 and most, if not all, of the objects were the ones he actually used in this and his later property.  The circular dining room (below) was all laid out for a dinner party, with cards showing some of his esteemed friends who would often have been in attendance, and I liked the added touch of sensors that played different sounds as you walked around the room: chattering and clinking of cutlery near the table, horse-hoofs and people calling out from the street as you neared the window! 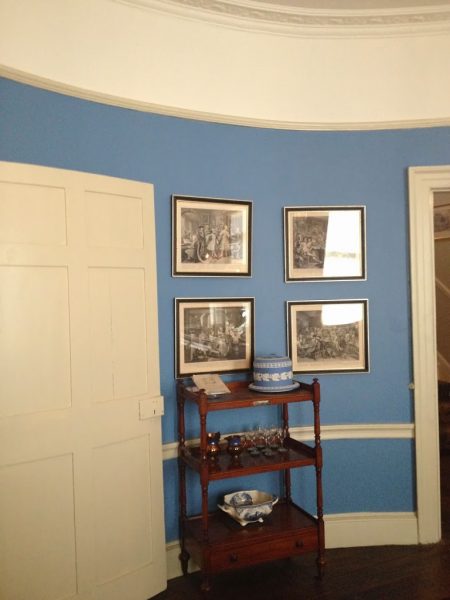 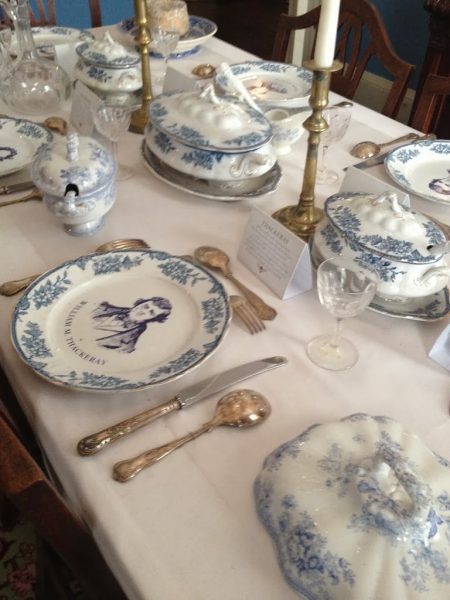 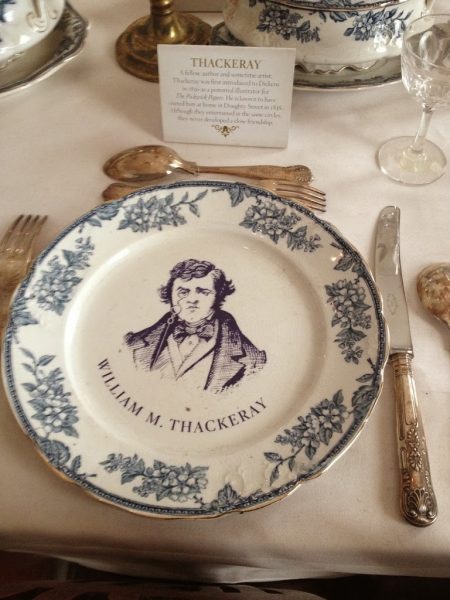 The kitchen and scullery were equally fascinating.  The first thing I noticed was the little pretend hedgehog by the fireplace, I thought it was cute and slightly odd.  Then I read that hedgehogs were sometimes kept in Victorian kitchens in order to keep the place hygienic; they ate the bugs that got in! 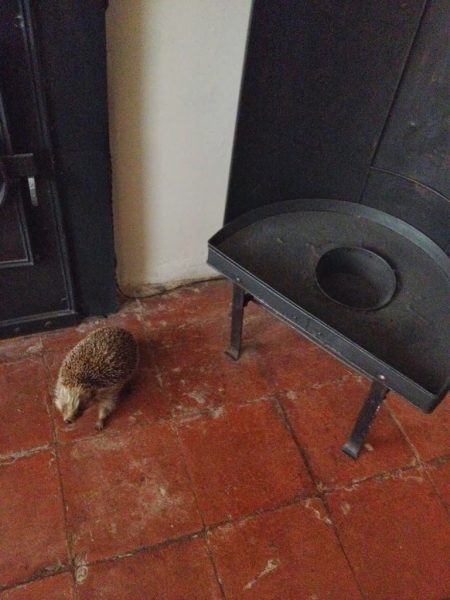 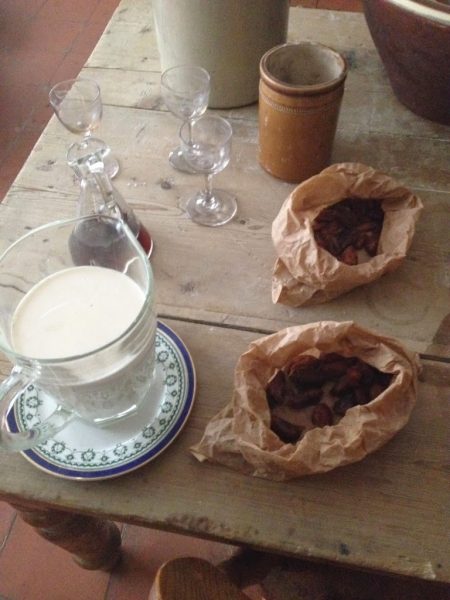 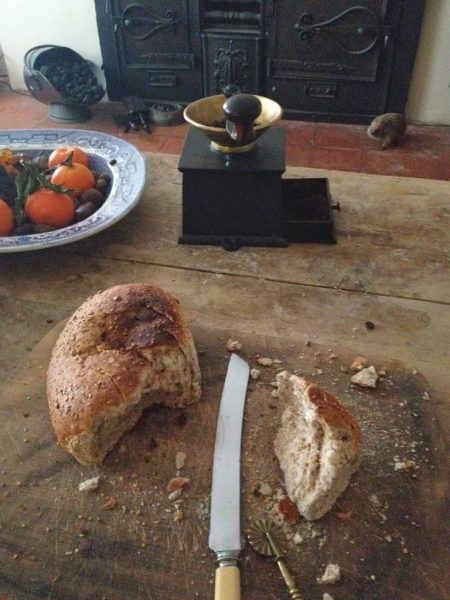 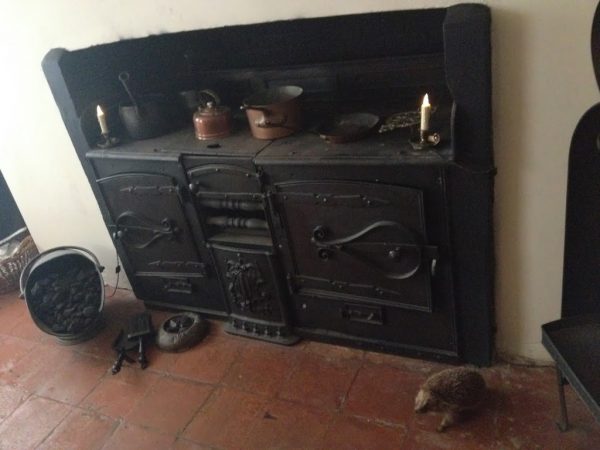 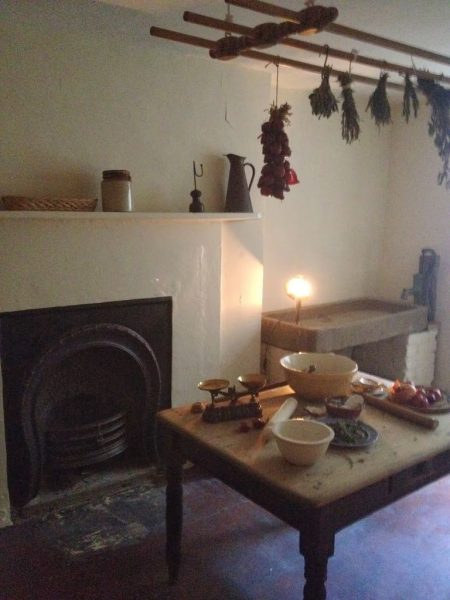 The study for Dickens and sitting room for his wife Catherine were also full of interesting information about their domestic life and actual objects and furniture that they owned and used; for example, Dickens’ writing desk, which he used when writing “A Tale of Two Cities”, “Great Expectations” and “Our Mutual Friend”. 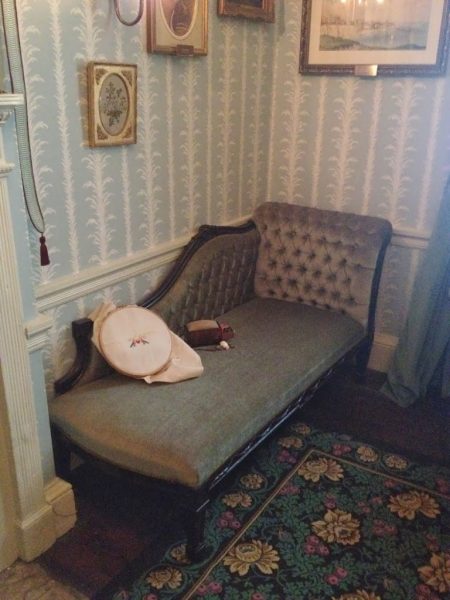 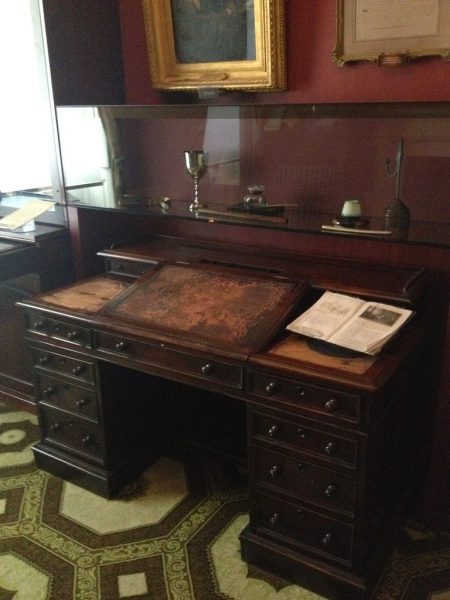 His ‘bathroom’ was laid out as it would have been, love the old tub! 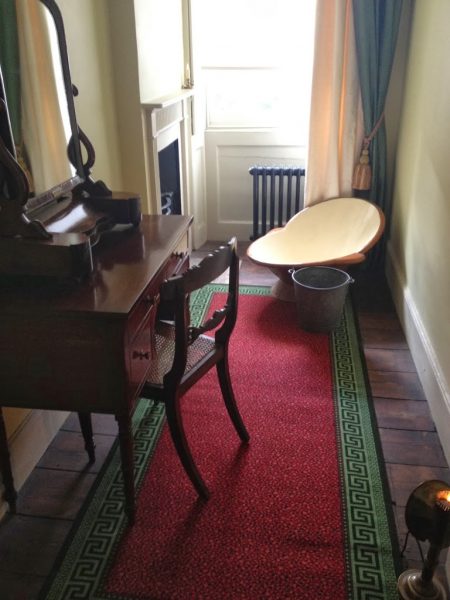 The Master bedroom in which his wife Catherine gave birth to their two daughters. 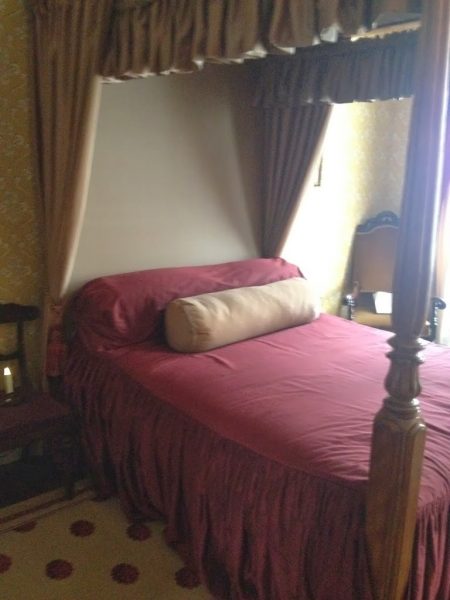 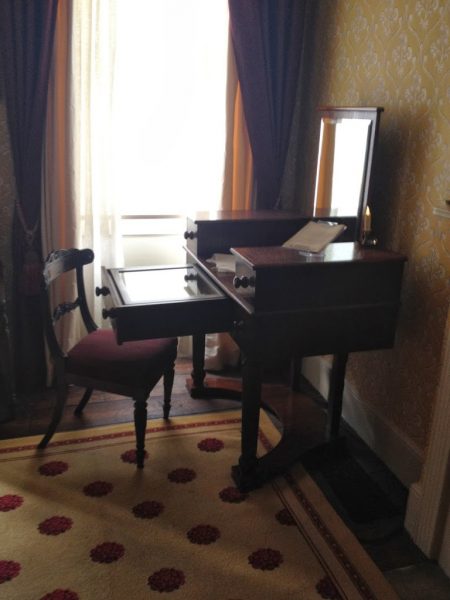 A servants’ bedroom in the attic. 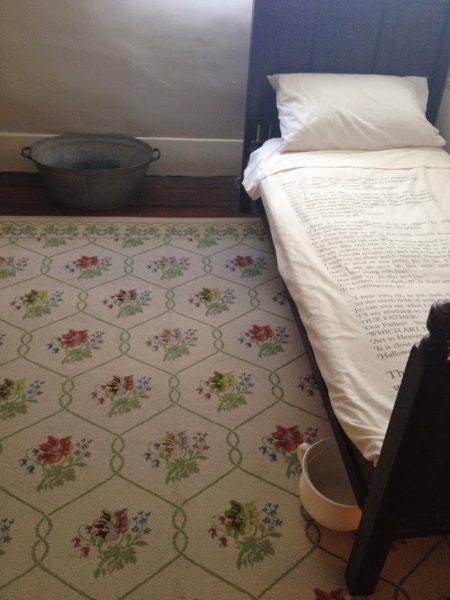 And the nursery, complete with lovely old toys, clothing and furniture. 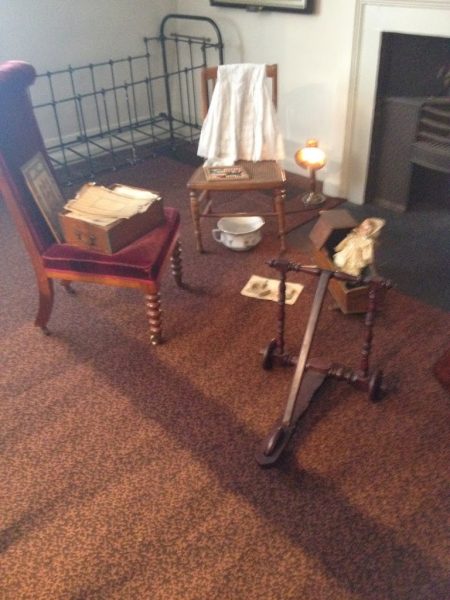 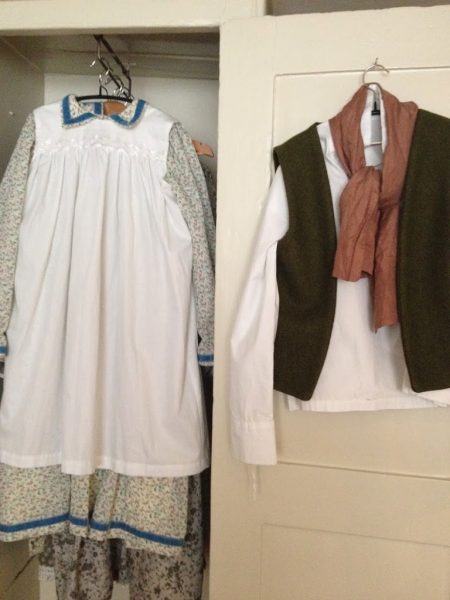 This room also featured an actual prison grille from the Marshalsea Debtors’ Prison in which Dickens’ father was incarcerated when Dickens was 12.  This forced Dickens to find work in a factory and these harrowing experiences obviously had a profound effect on him; he wrote about these sorts of experiences in “David Copperfield” and “Little Dorrit” in particular. 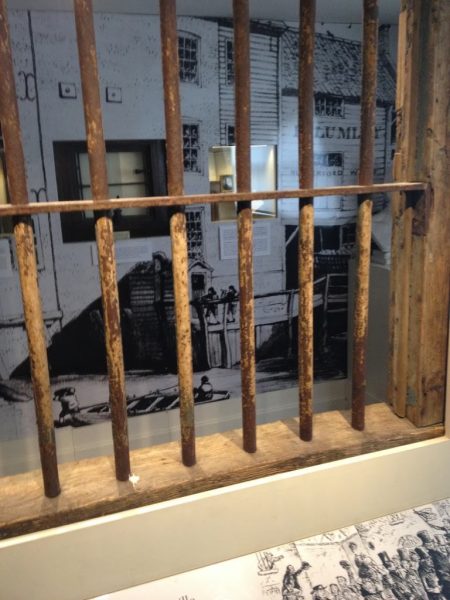 The Museum was absolutely fascinating and well worth a visit if you get the chance! Website here.
That’s all for this week, I’ll leave you with the painting of Dickens (by Robert W. Buss) at his desk in his study dreaming up all his stories and characters 🙂 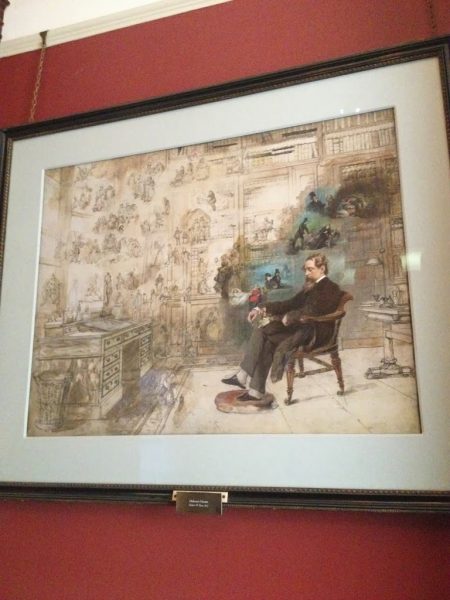 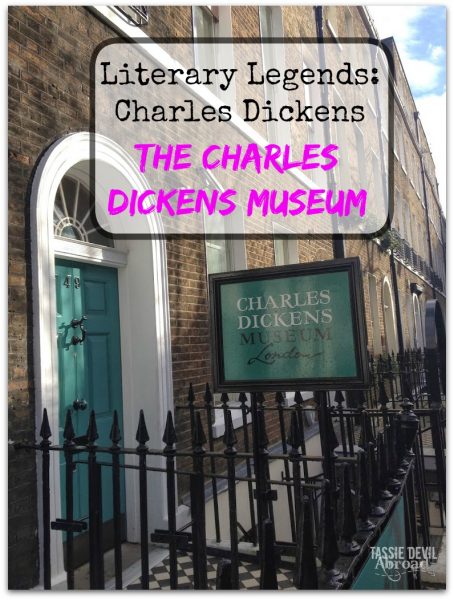