So last week it was exactly a year since I moved to London, and what a year it has been! To celebrate my one-year anniversary of living in London I took myself on a date with the city, visiting a few museums that I hadn’t managed to see yet.

The first place I visited was the Sherlock Holmes Museum at 221B Baker Street! I love the stencils at the tube station 🙂 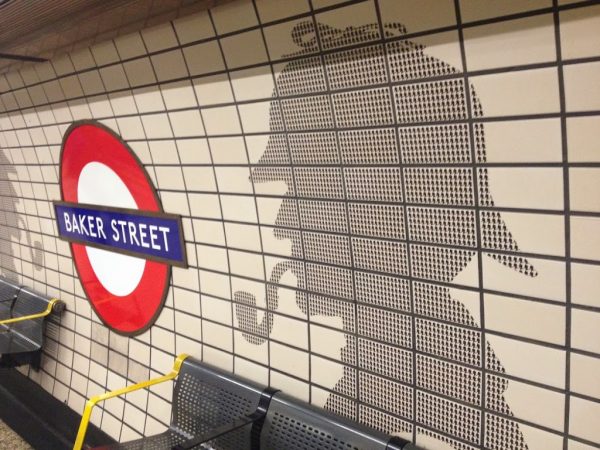 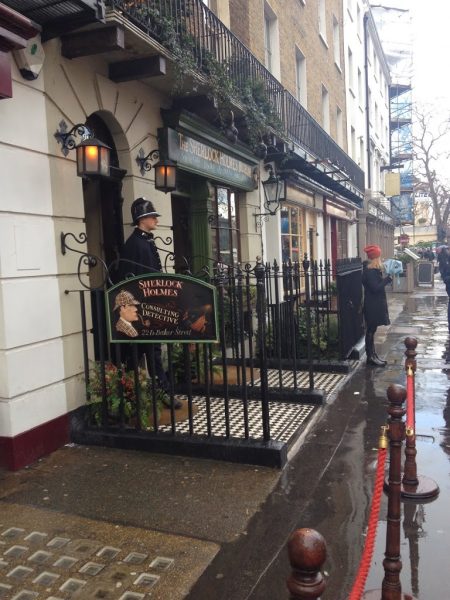 221B Baker Street was the fictional residence of Sir Arthur Conan Doyle’s character Sherlock Holmes and sometimes his sidekick Dr. John Watson.  Some interesting facts; Doyle was Scottish and a doctor himself, as well as a writer.  He didn’t just write the famous crime stories about Holmes though, he also wrote many works including science fiction, fantasy, romance, poetry, plays, non-fiction and historical novels.  Of course the man with the pipe and the deerstalker is his most famous creation, still immensely popular today due in part to the re-imaginings seen in recent films and television shows.
But the museum only deals with the original Victorian-era Holmes, presenting the residence as it might have looked during the years 1881 – 1904. 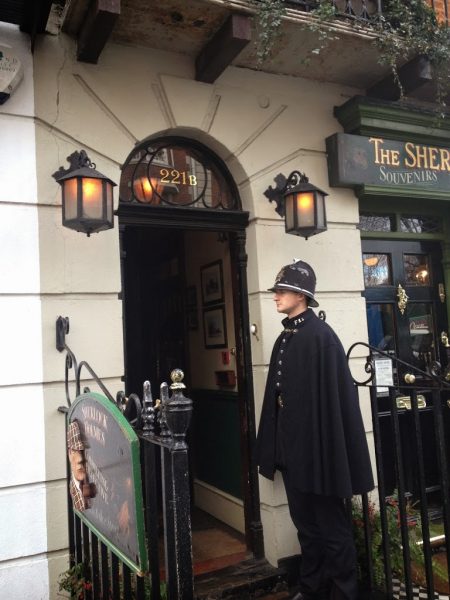 The attention to detail is amazing, there are so many interesting objects to look at, and they all relate to the characters and the cases from the short stories and novels of the great detective.  For example, below you can see the hats of both Sherlock and Dr. Watson, as well as Sherlock’s pipe and magnifying glass, all sitting casually on the table next to the fire as if left there by their owners. 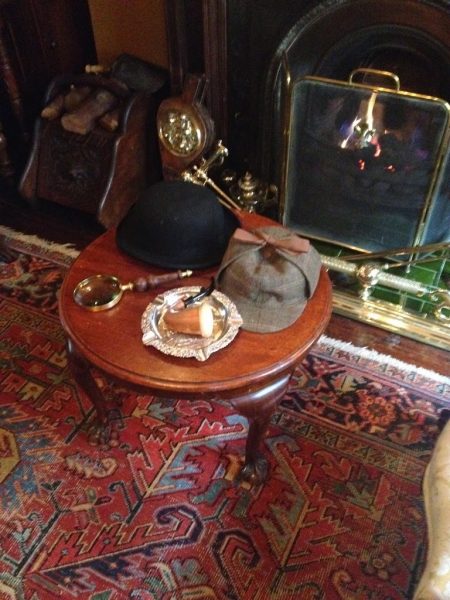 There is also the violin that Holmes was adept at playing, as well as a myriad of devices, books and papers that he would have referred to when solving crimes. 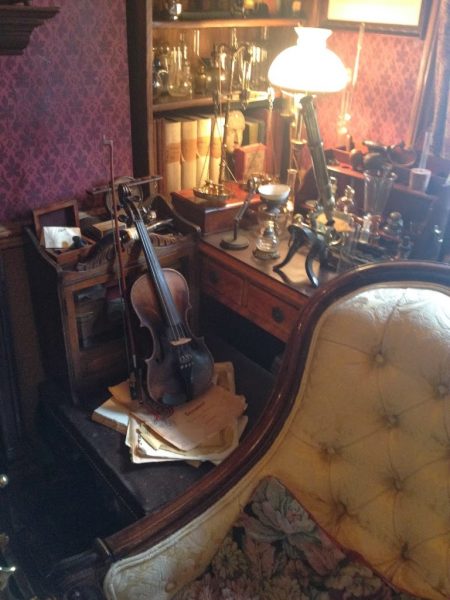 The rooms have been set up so beautifully as they would have been in the period, the pictures on the walls, the furniture and all the little details make it a fascinating place to investigate even without the references to Sherlock Holmes. 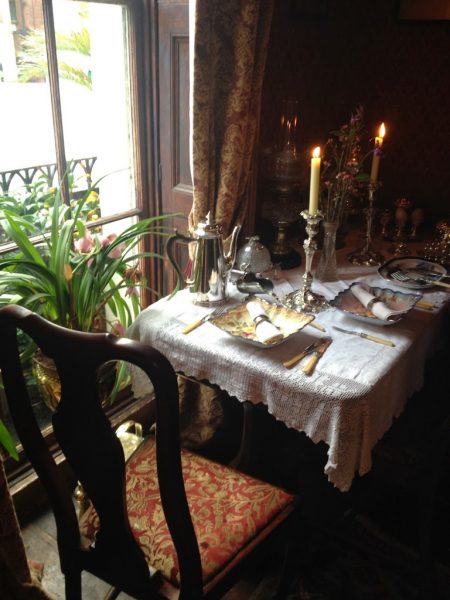 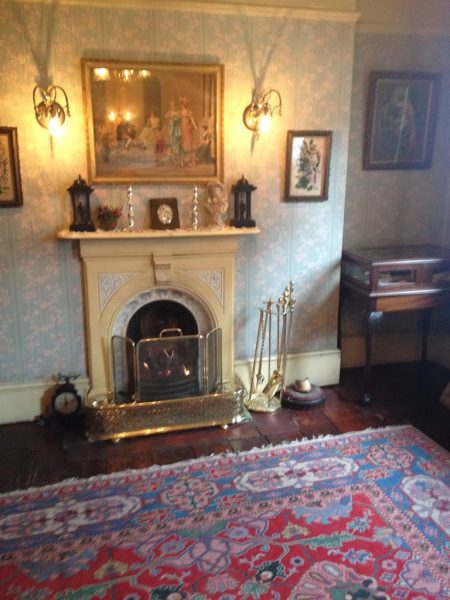 Of course there are references to many of the most famous stories and the cases within them, the upper floors have wax-work figurines of many of the characters featured such as Irene Adler, Professor Moriarty, even the head of The Hound of The Baskervilles mounted on a wall! 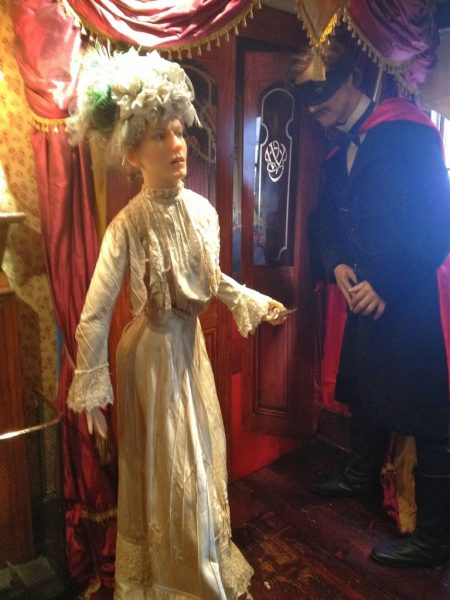 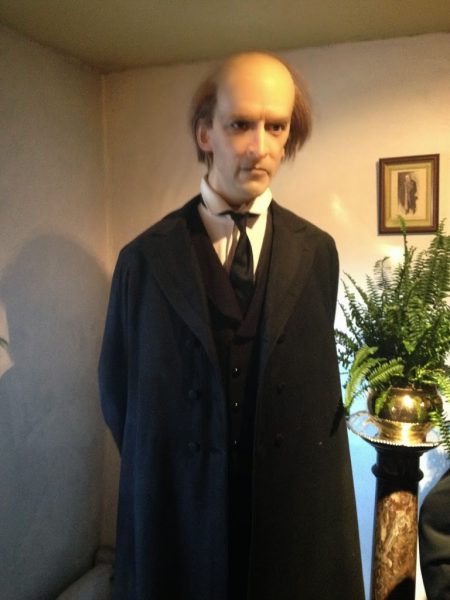 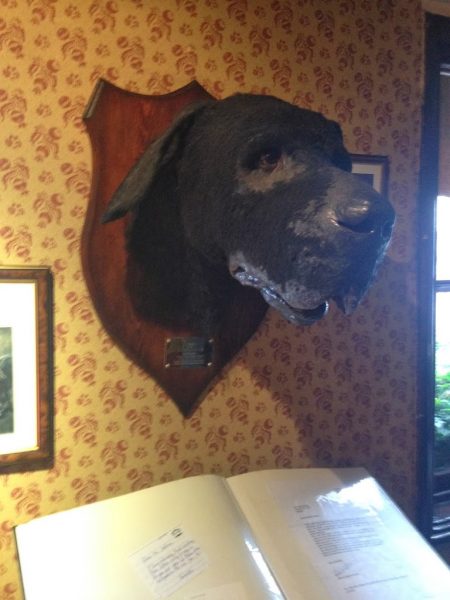 If you are at all interested in the stories of Sir Arthur Conan Doyle (or just a fan of Sherlock because of Robert Downey Jr., Tommy Lee Miller or Benedict Cumberbatch) then I would definitely recommend a visit to The Sherlock Holmes Museum.  I was very tempted by some lovely books in the gift-shop (which is also beautifully created) but managed to restrain myself! 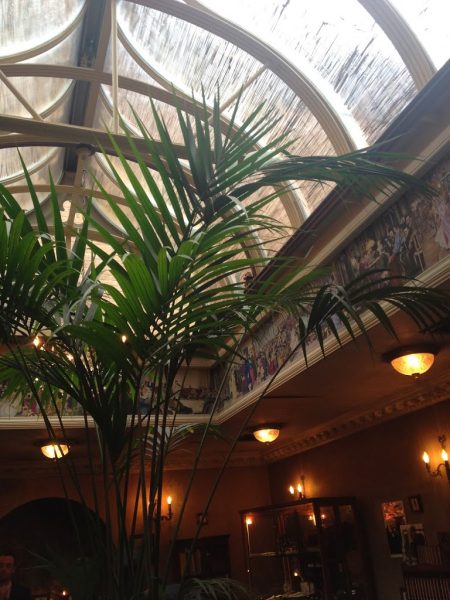 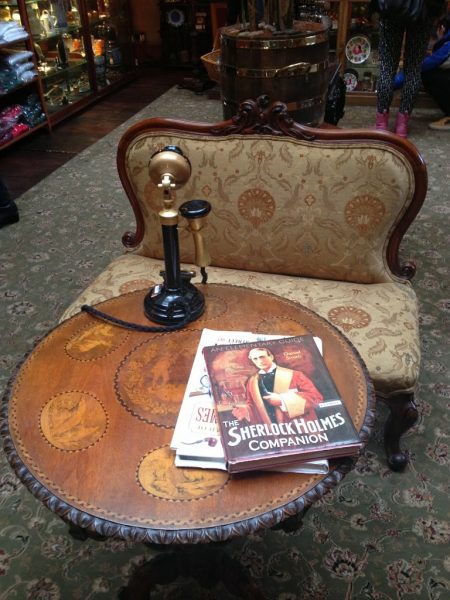 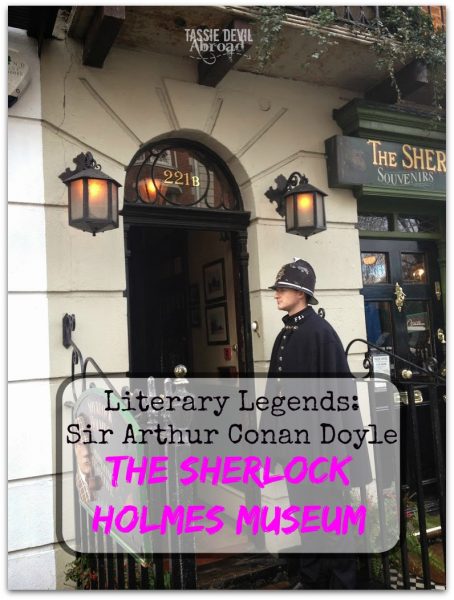