I have visited a couple more ‘sites of interest’ in the last few weeks, including the Victoria and Albert Museum and the British Library.

The British Library is situated right behind St. Pancras station and is quite an interesting place to behold. 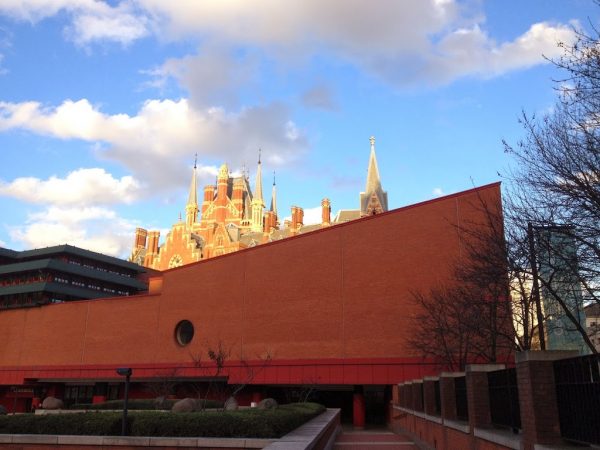 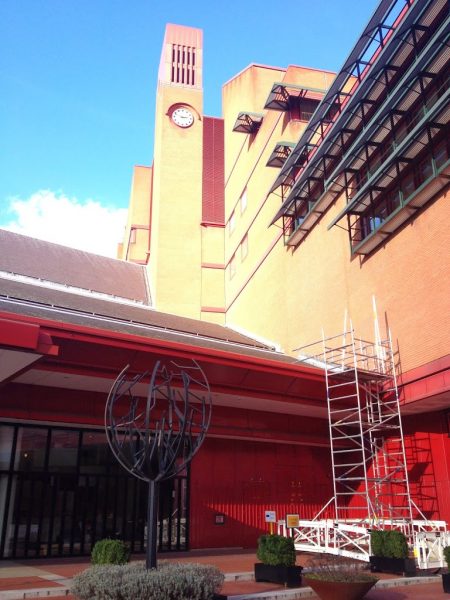 I went with my friend Amy to see the exhibition on the Georgians, which was fascinating, but unfortunately you couldn’t take photos inside the exhibit.  If you want more information have a look here.

The library itself is also interesting to visit, with a fantastic gift shop, and an old printing-press on display by the cafe. 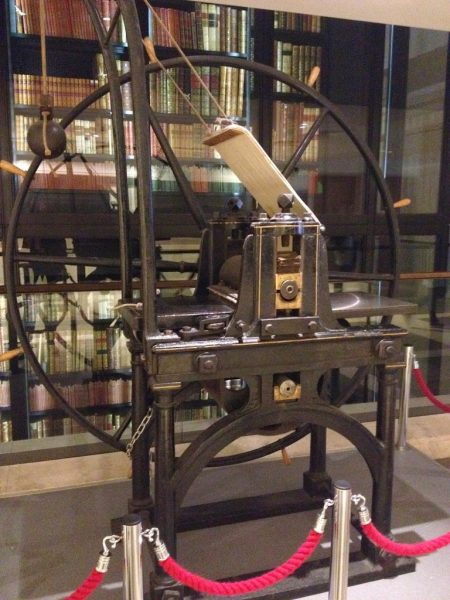 Not to mention the sculptures outside! 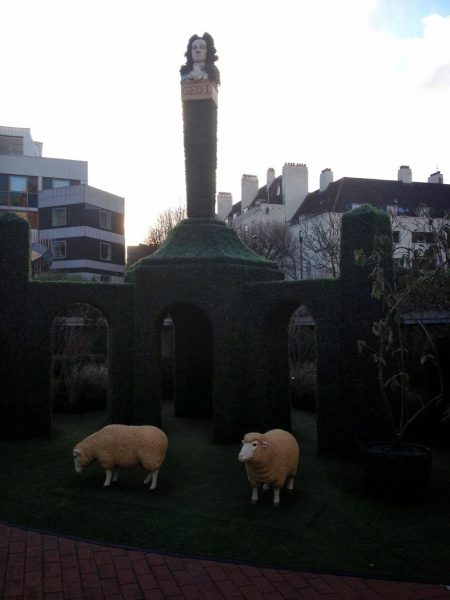 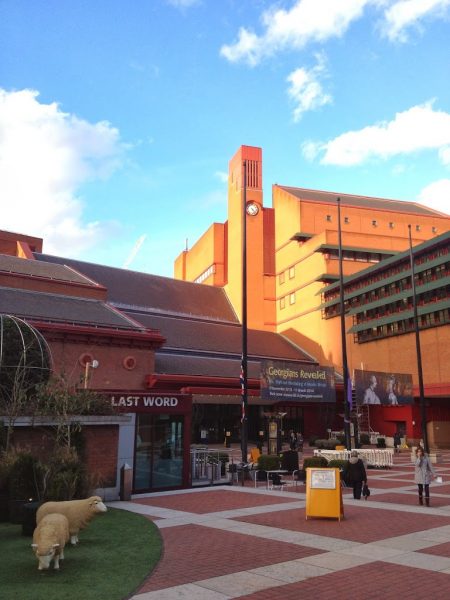 Especially this one of Isaac Newton by Eduardo Paolozzi; 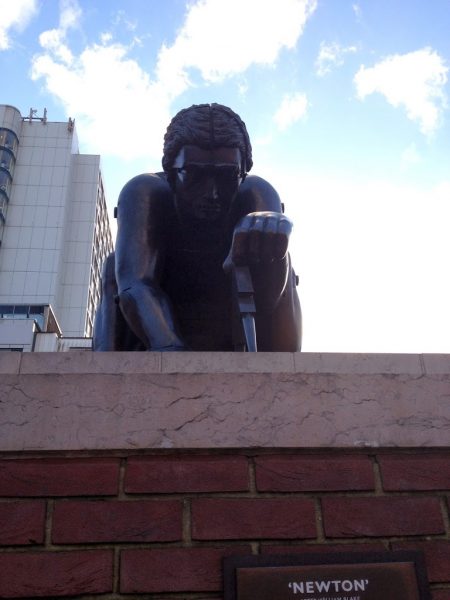 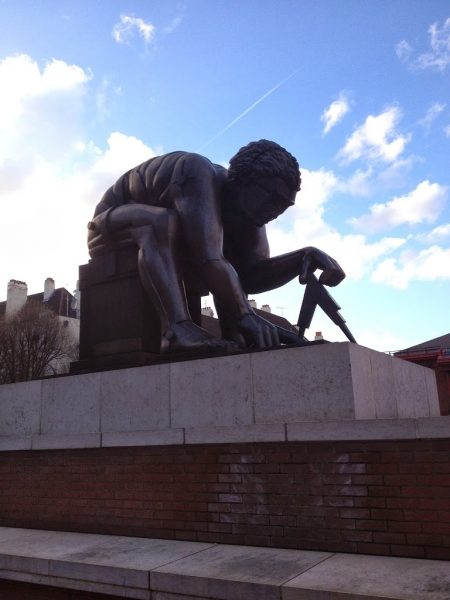 A few days later it was pouring with rain so I visited the Victoria and Albert Museum.  Since there’s an underground walkway from the closest underground station to the three museums (V&A, Natural History and Science) it meant I didn’t even have to step outside!
Obviously founded by Queen Victoria and her husband Prince Albert, it is the world’s largest museum of decorative arts and design and it is HUGE!  I was only there for a few hours before I got a bit overwhelmed and had to leave and I only saw about a fraction of the collections that are there.
There are huge rooms filled with jewellery, or furniture, or silverware, sculptures, and artworks/objects from cultures around the world.  I meant to just walk through the below gallery on my way to the exhibition I wanted to see, but the details in these objects were just so intricate, beautiful and fascinating that I got distracted on my way! 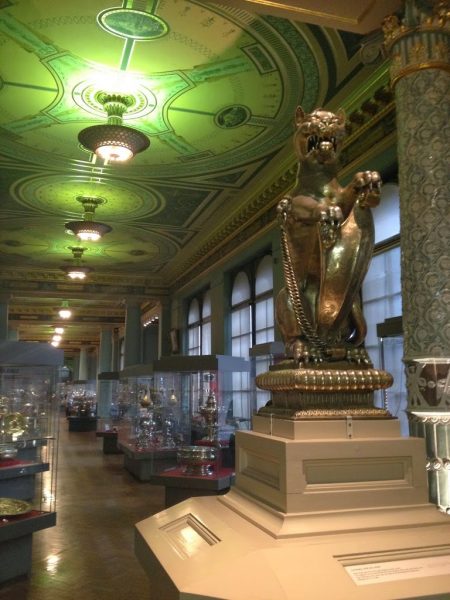 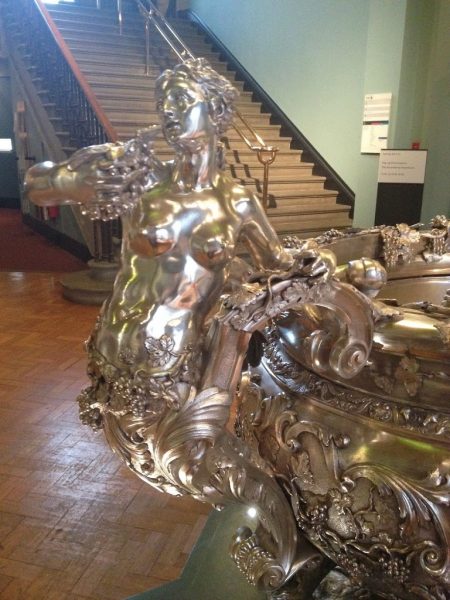 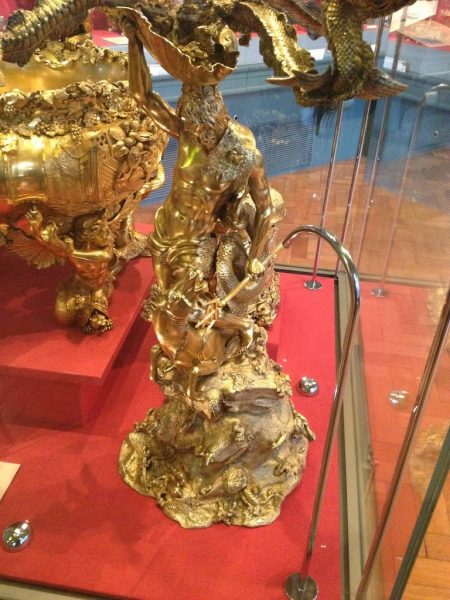 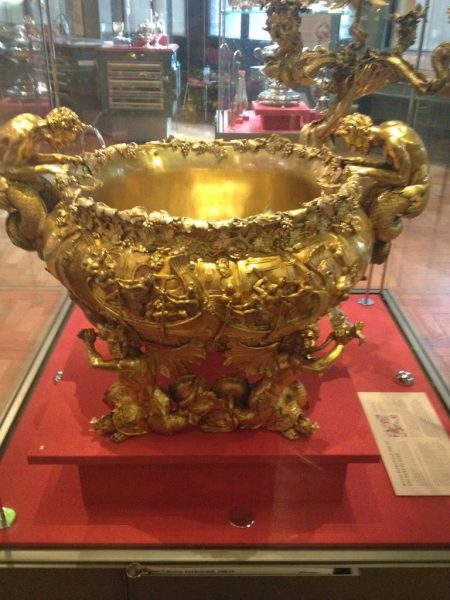 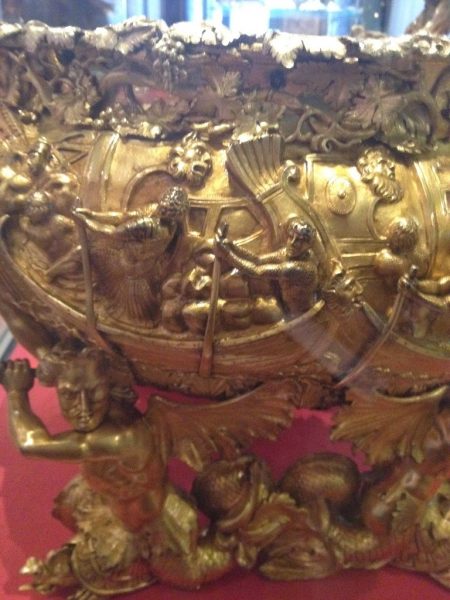 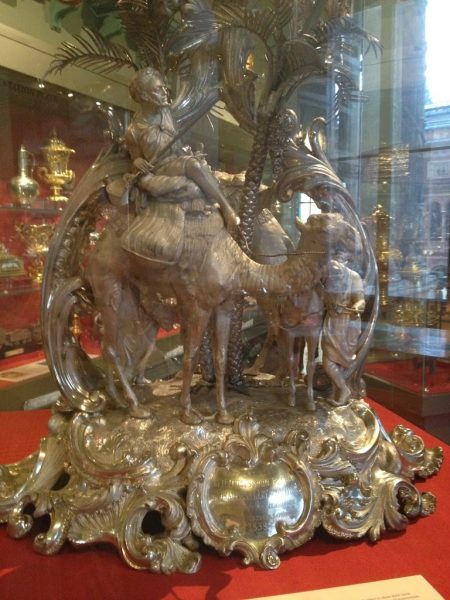 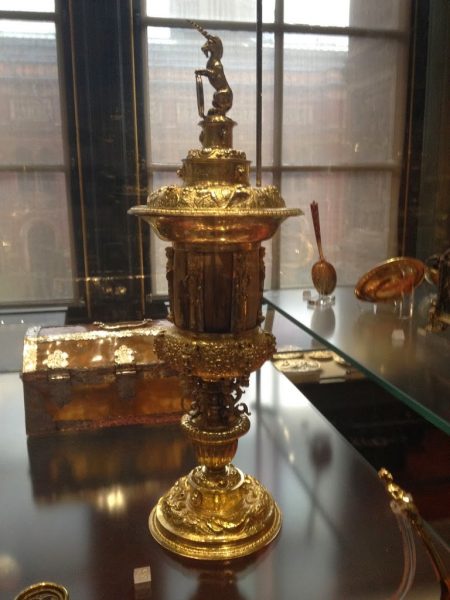 My favourite objects were the lion statues and the original watercolour illustrations of ‘The Town-Mouse and the Country-Mouse’ by Beatrix Potter! 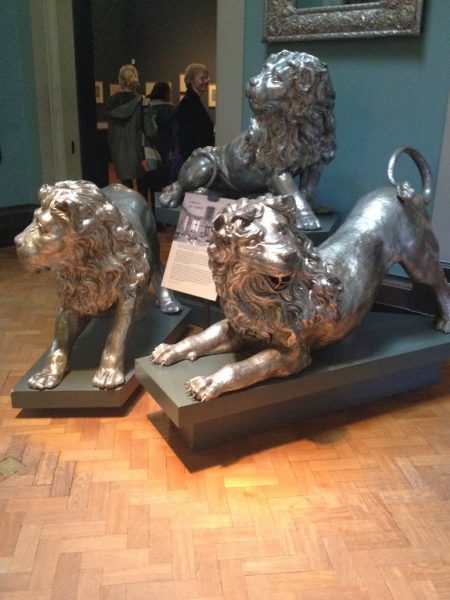 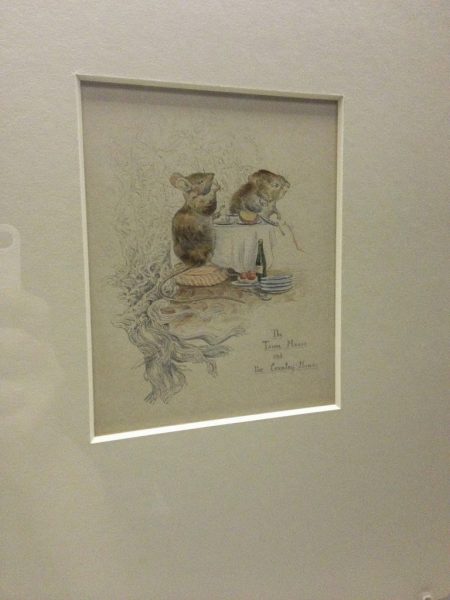 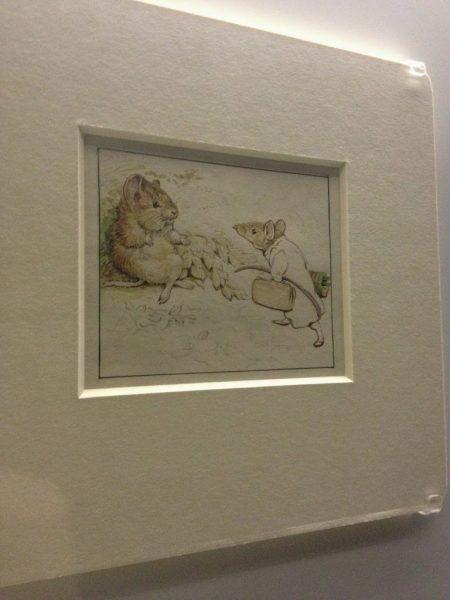 I then made it to the section I most wanted to visit; the theatre and performance gallery.  Featuring lots of objects, puppets, posters, stage sets and amazing costumes it was very fun to see.  Some of my favourite sights included the original ‘puppet’ of Joey from the West End production of “War Horse”. 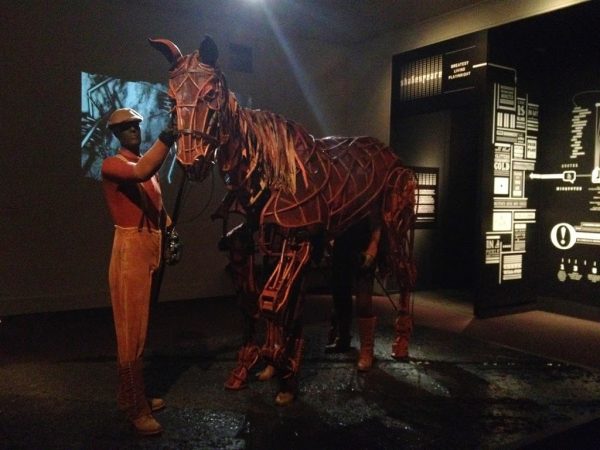 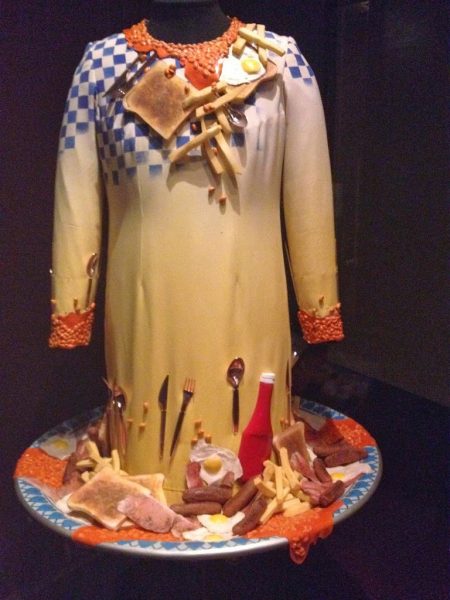 A valkyrie showgirl costume from “The Producers”. 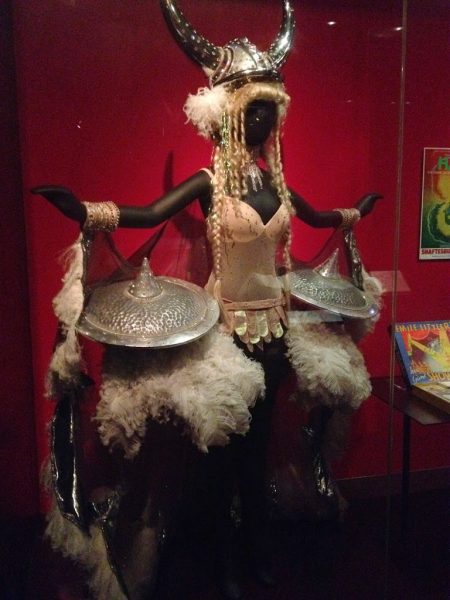 The rhinoceros costume (people actually get inside this!) from the play “Rhinoceros”. 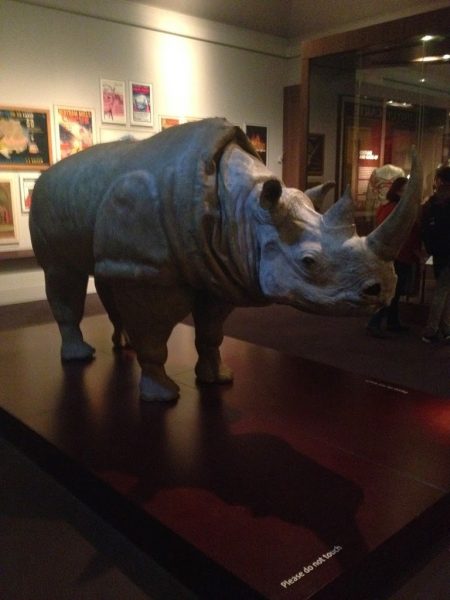 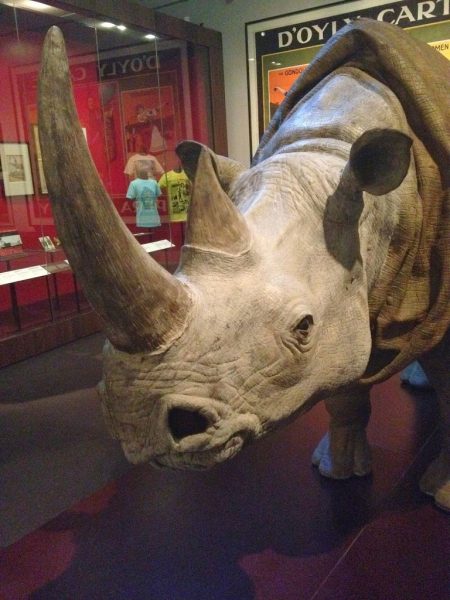 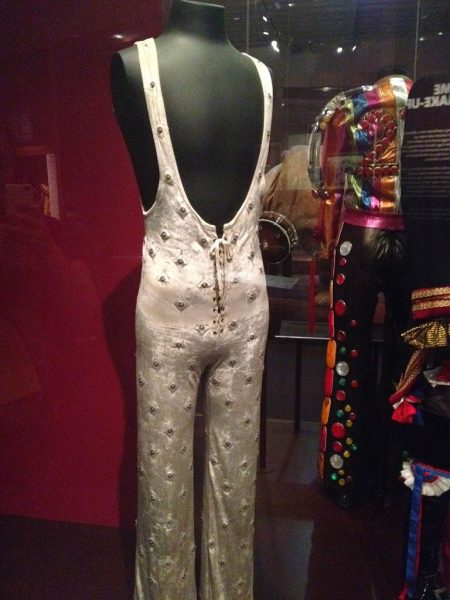 An outfit worn on stage by Coldplay frontman Chris Martin. 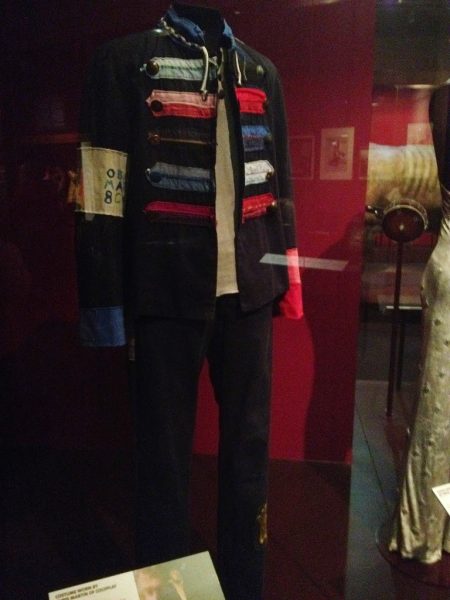 And some costumes from “The Lion King” musical; Scar and Sarabi! 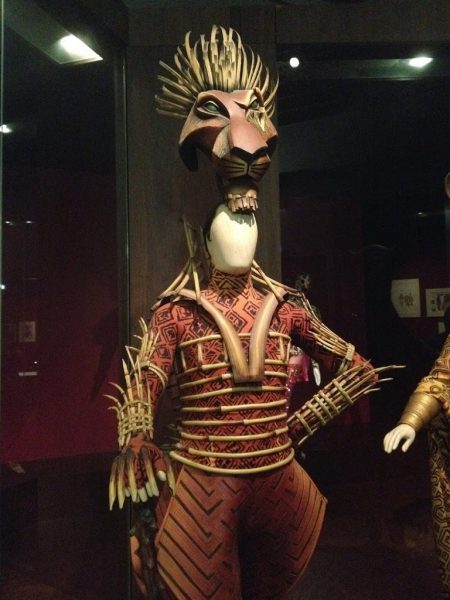 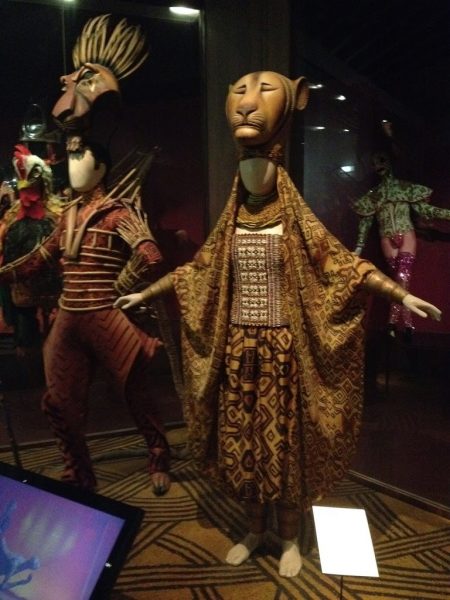 I also visited an exhibition celebrating 450 years since the birth of William Shakespeare but I will save that for a later post!  If you ever get the chance to visit the Victoria and Albert Museum make sure you set aside a whole day to see everything! More details can be found on the website here. 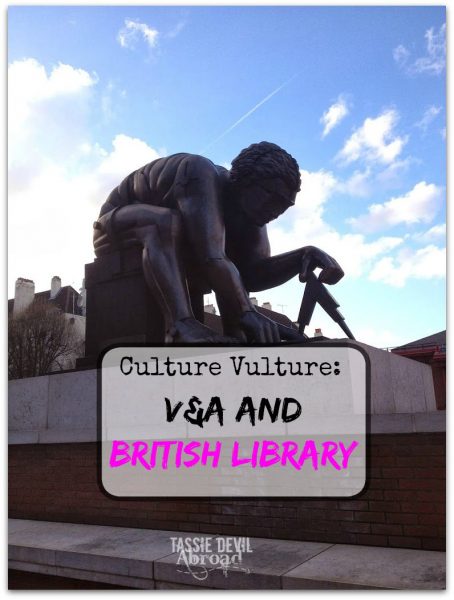