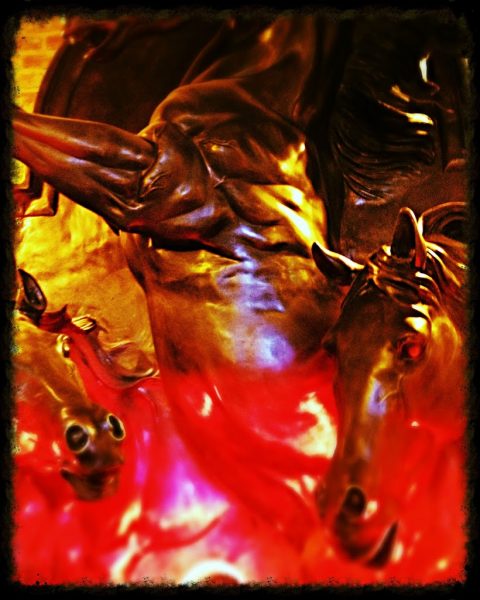 I have visited the markets at Camden Town a few times, and my favourite part is definitely “The Stables Market”.  Originally a stables (funnily enough) and horse hospital for horses injured while pulling barges along the canals, now it is an exciting and eclectic mix of stalls and shops. The array of merchandise on sale is staggering, and it’s not surprising that it pulls in around 100,000 visitors each weekend! 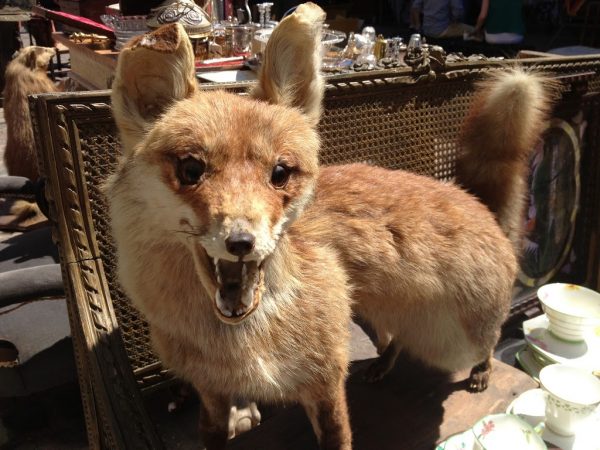 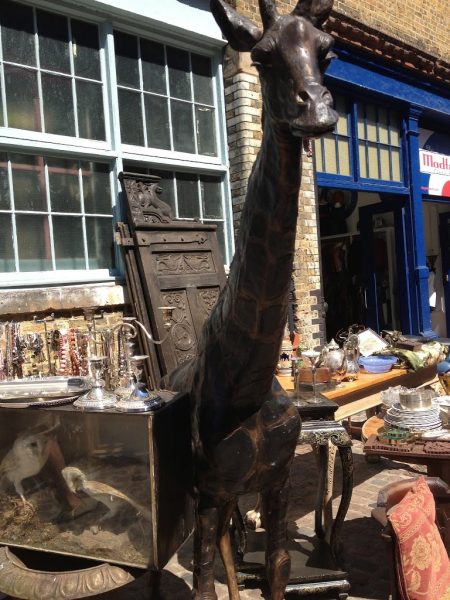 I have been three times now, and I still don’t think I’ve seen everything! From goth to cyberpunk to rockabilly and vintage, there are clothing styles to suit every taste.  From cheap to expensive it is easy to get lost for hours among the clothing, food stalls, antique and bric-a-brac shops and cafes that are housed in the old tunnels and horse stalls.  I especially love all the statues and information that showcase the history of the place, and are often used as part of the displays. 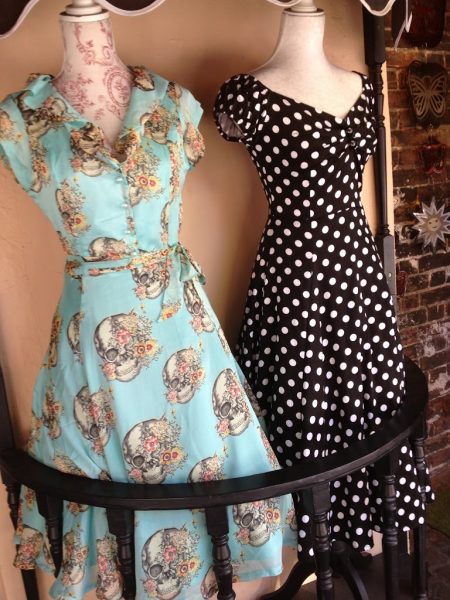 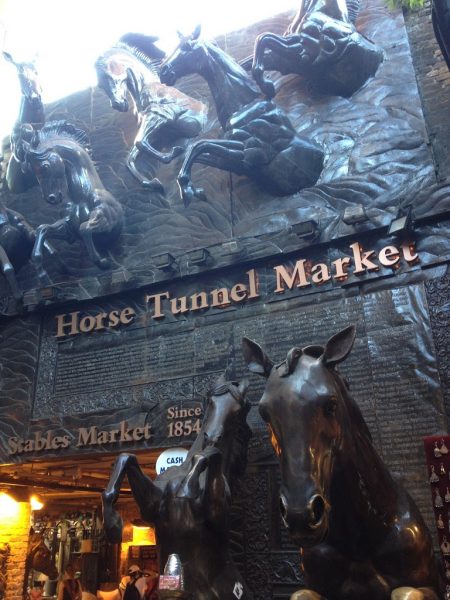 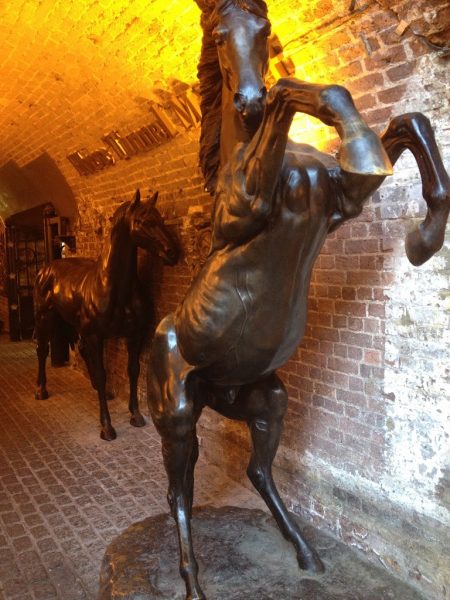 I have been quite strong and the only thing I’ve bought from here is food and a new pair of five-pound sunglasses, but if you had the money you could go crazy! So many awesome gift ideas as well as amazing clothing.  One shop that isn’t my taste but is incredible just to visit is Cyberdog.  It sells lots of clothing for raves and clubbing, with neon colours and pictures that glow under neon lights, as well as a vast array of sci-fi looking gadgets and gizmos.  The shop itself is incredible, although I only managed to sneak one photo of the inside before being informed that photos are not permitted. It’s a shame, just the robot mannequins on the walls warranted dozens of shots. But if you’re ever in London, the Camden Markets complex is a must-see, it’s no wonder it’s the fourth most-popular tourist attraction in London! 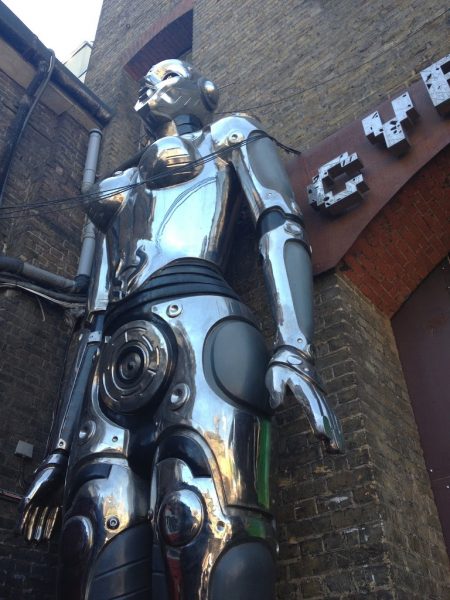 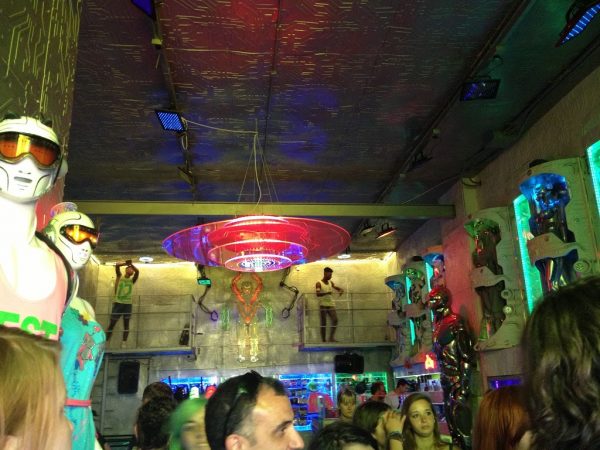