A quick ‘visual essay’ style blog post this week.  Even if you’ve never lived in London I’m sure you have heard of The Tube, aka the underground rail network that serves central London.  It can be an incredibly handy and convenient way to get around, or it can be the bane of your existence, depending on weather (if it snows or sometimes only rains, prepare for trains to be delayed or cancelled without notice), disruptions (usually a person jumping on the track) and THE HEAVING PUSHING SHOVING MASS OF RUDE LONDON COMMUTERS DURING RUSH HOUR (don’t even get me started).

I also, however, find some of the advertising posters within the underground on the walls of the stations and in the trains themselves to be often amusing and informative.  Quite a few cool events I have been to I wouldn’t have known about if I hadn’t seen it on a tube ad.  And the people on the tube can also be quite a colourful bunch of characters (although I am yet to spot Benedict Cumberbatch or any other famous Brits).  I also love the fact that, as long you carry them on the escalators (would love to see that) dogs are also allowed on the tube. 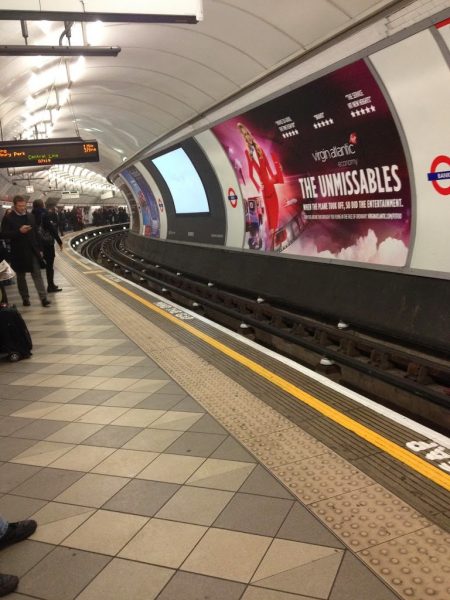 I love the poem series they put up inside the trains. 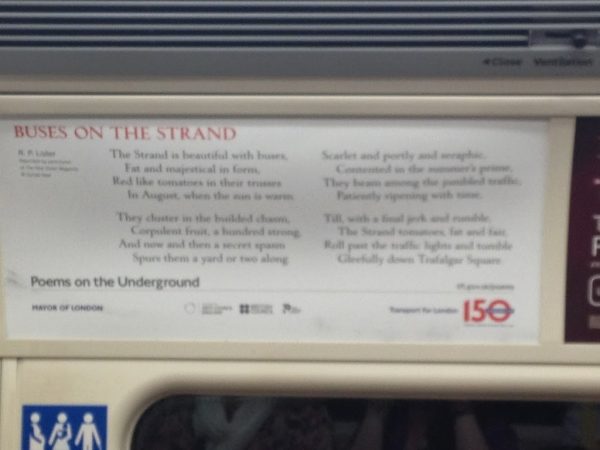 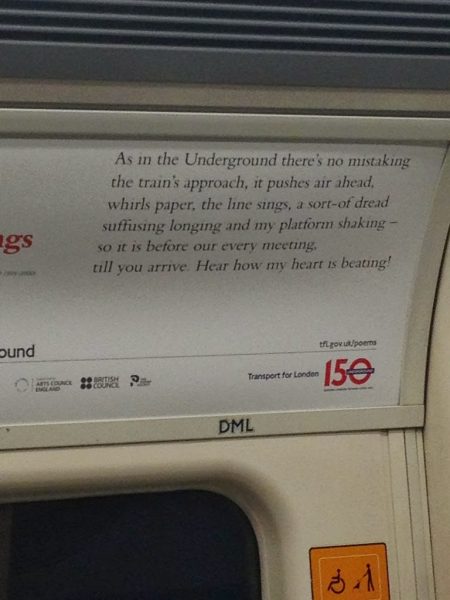 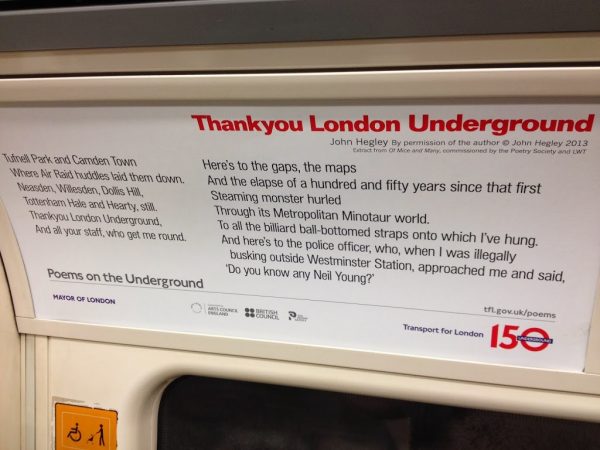 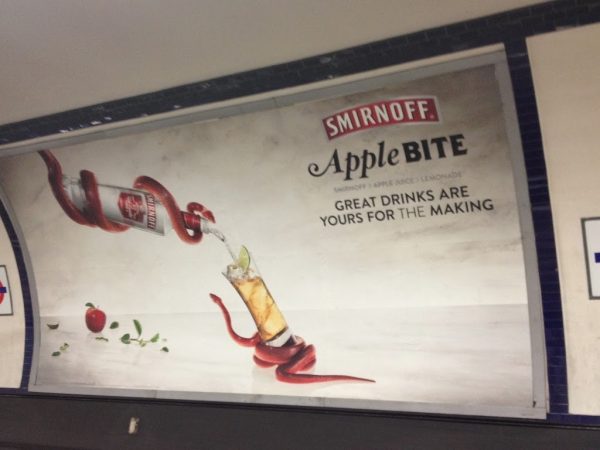 This dog was so calm just sitting on his owner’s knee while he (the owner) read his book. 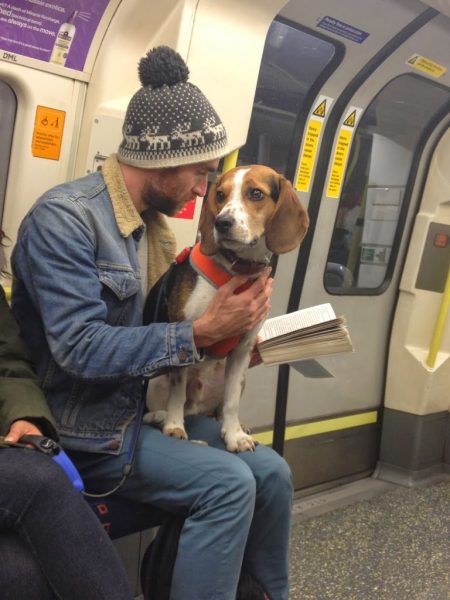 Is it just me or do these seats look like liquorice allsorts?! 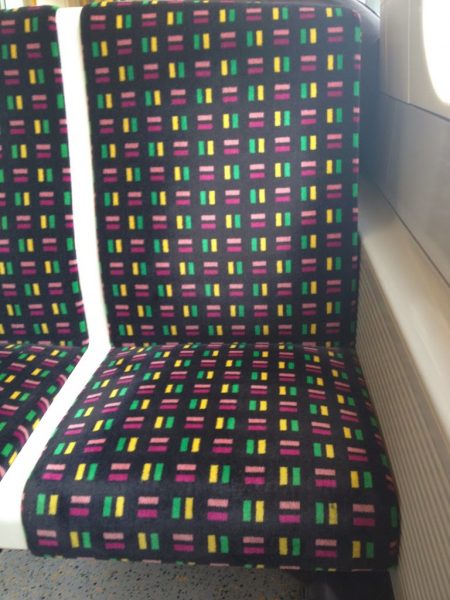 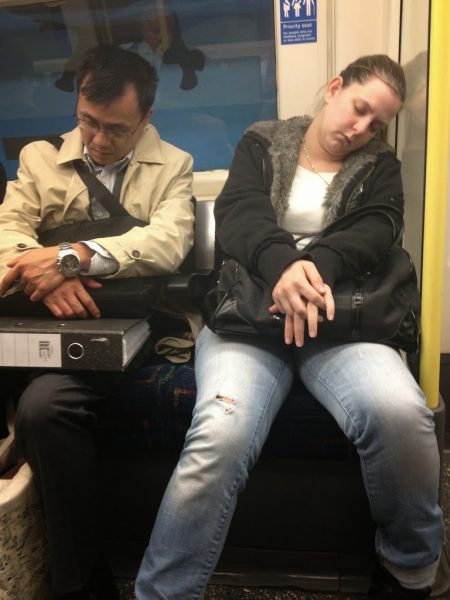 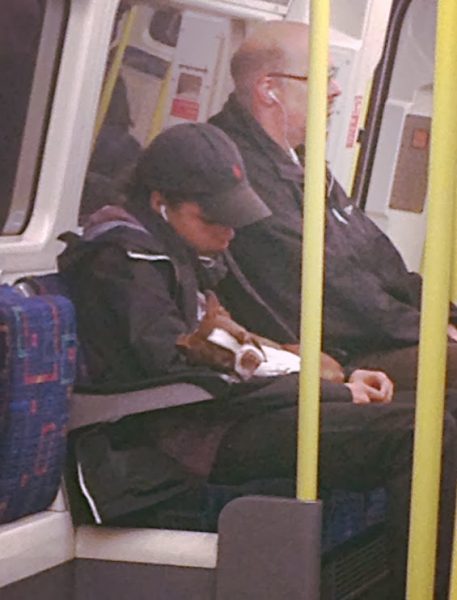 Hey, is that Daniel Craig?! 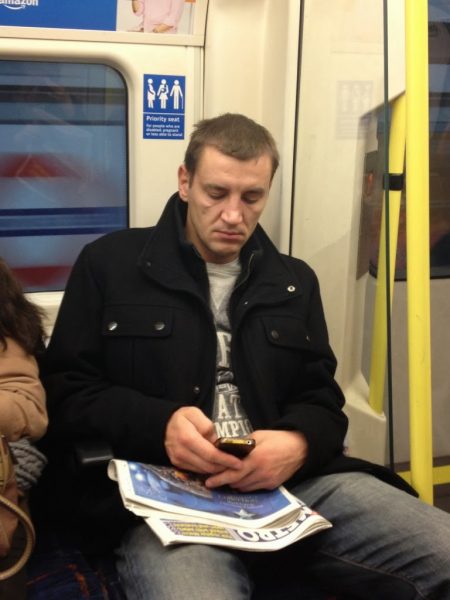 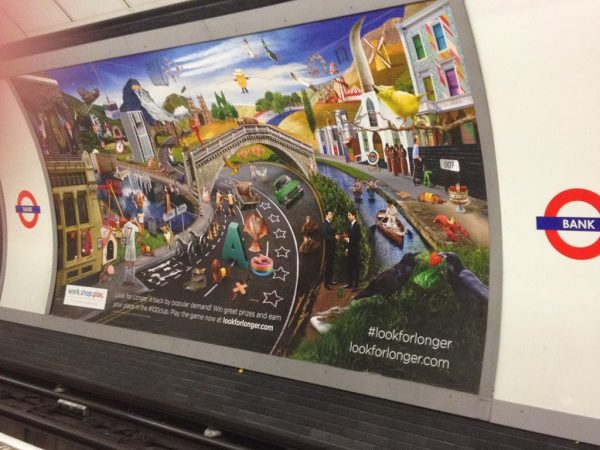 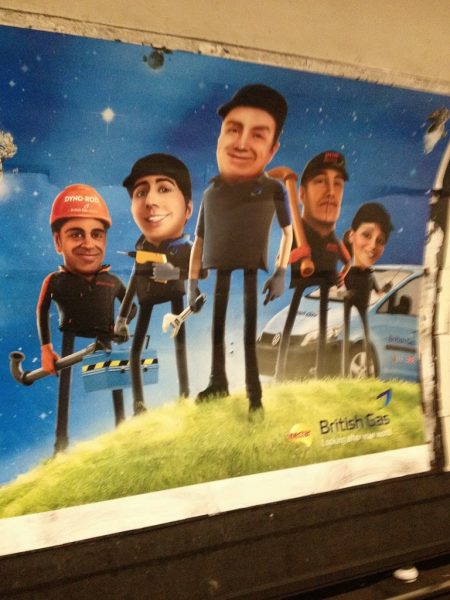 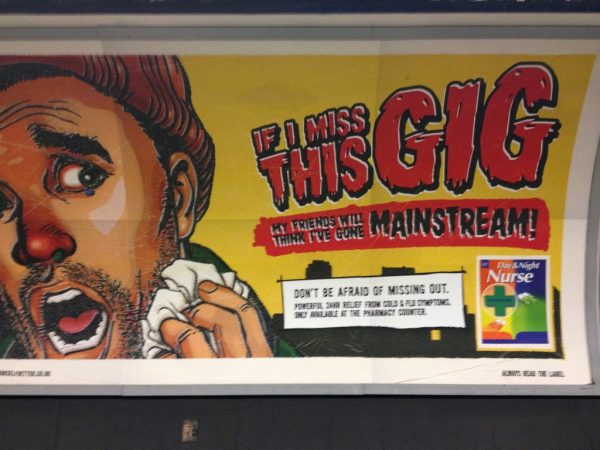 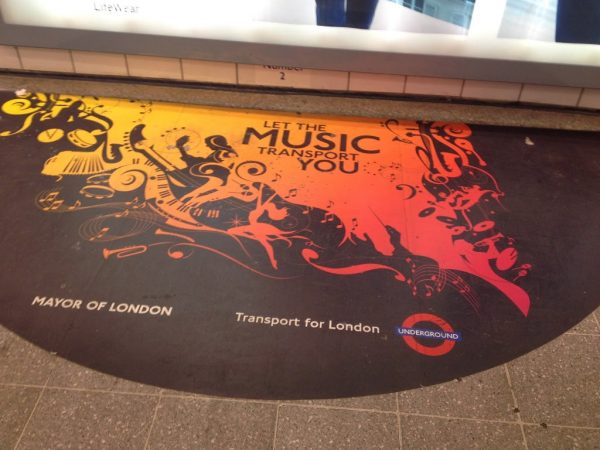 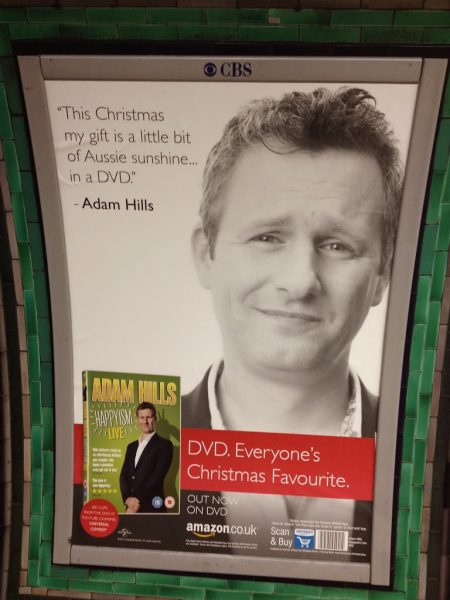 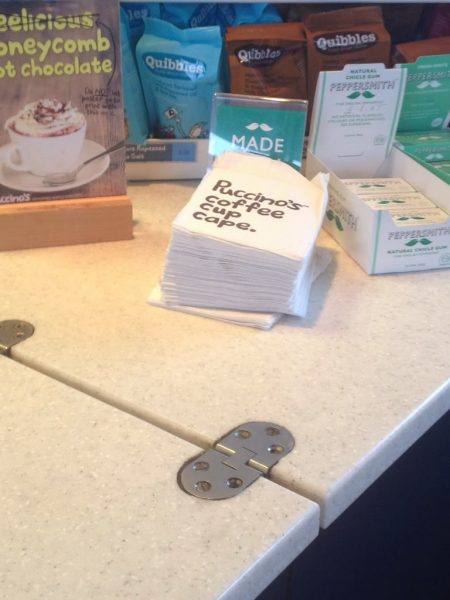 Ok that last one wasn’t technically on the tube it was at the national rail station in Balham, but I love that they call their napkins “Coffee cup capes”! FYI the Puccino’s in Balham does the most amazing honeycomb hot chocolate I’ve ever tasted and also really good chai lattes. I like getting work that I have to go through that station for, just so I can have a tasty hot drink on the way!
Sign up to help Greenpeace before Santa loses his home and Christmas is cancelled this year! 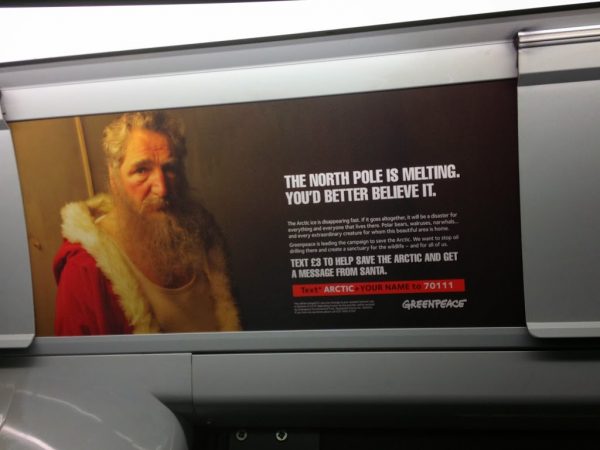