After a busy morning of visiting tourist attractions and watching the Changing of the Guard at Buckingham Palace, my friend and I were desperately hungry but still on a tight schedule to see all the sights which we had booked to try and cram into in two days! We needed a quick fix for lunch and luckily I had previously stumbled upon “Jamie Oliver’s Doghouse” in Piccadilly a few days before. 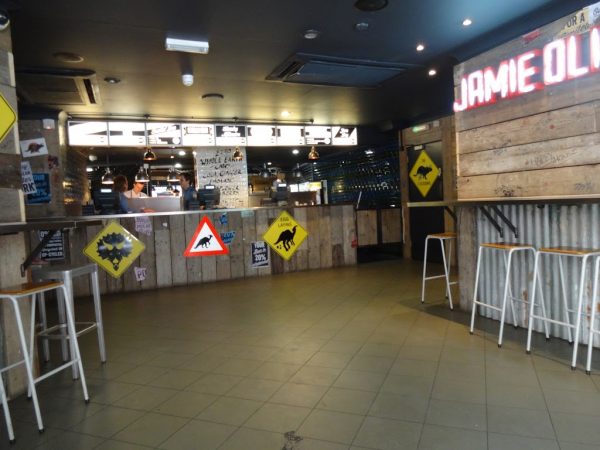 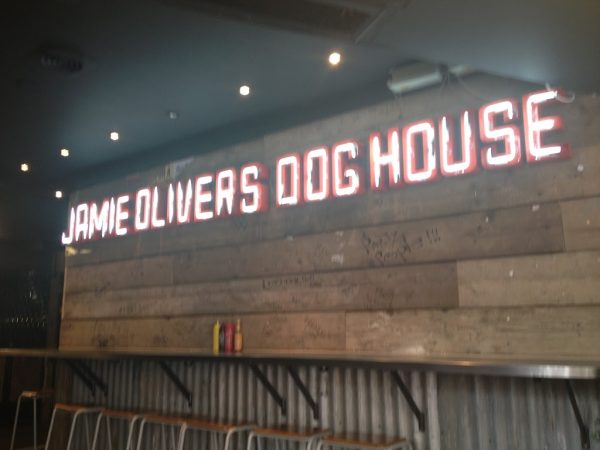 I liked the dino/diner theme, and the ‘graffiti’ board. His ‘actual’ “Jamie Oliver’s Diner” is upstairs, I’ll be sure to review that soon! Incidentally, the school I was working at last term had a farm program (which is rare for a London city school) where the kids kept chickens and grew vegetables which were then used by the canteen to create healthy school meals. The initiative was such a success that both Jamie Oliver and the Prince of Wales had visited the school to see it! Pity it was before I worked there, but oh well. 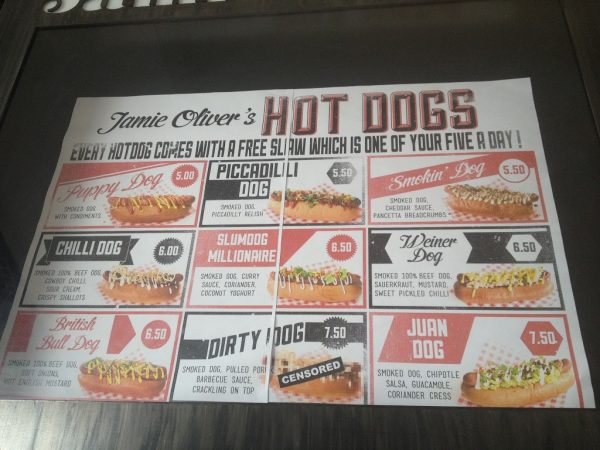 As you can see, lots of clever names for the dogs. Both Robyn and I got the “Dirty Dog” with an organic soft drink and all up it cost 10 pounds. That’s pretty good for London. From the recent lessons I had taught (using internet resources sponsored by Jamie himself about the welfare of the British pork industry) I knew the pork we would be getting would be coming from some of the happiest pigs around, AND supporting the British pork industry (rather than the cheaper and often far crueller industries from the rest of Europe) as well as being delicious and they didn’t disappoint! 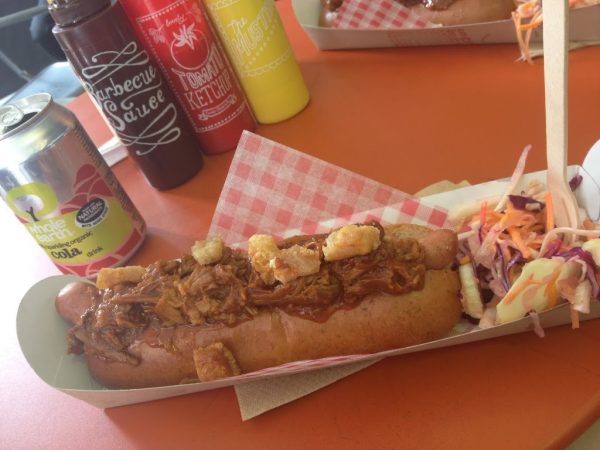 A hot dog with pulled pork and crackling, and a side ‘slaw’.  The hot dog was delicious! Some more crackling would have been amazing but when is that not true? The slaw wasn’t really to my taste, had some kind of lemony vinaigrette rather than mayonnaise, but it was probably healthier and Robyn enjoyed it.  All in all, definitely a must-do if you’re in London! http://www.jamieoliversdiner.com/ 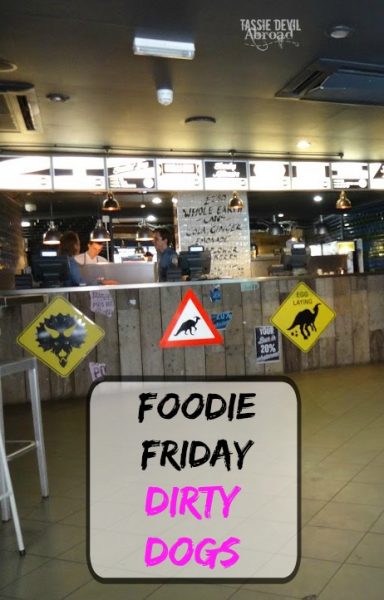